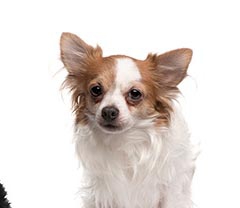 Gamefly
“Snail Mail Sucks”
Gamefly is not a bad deal, but there are better options out there. The biggest draw back in my opinion isn't even that you rarely get newly released titles. I can deal with playing older games.

The biggest problem I have is waiting for games to arrive. Snail mail sucks and I would much prefer a service where I can download or stream the games. Or even if I could just go to a kiosk like Redbox to exchange the game for a new one.

They only have 2 shipping warehouses, Pittsburgh and Los Angeles. They used to have Tampa and Austin, but those are shut down. I live in Cincinnati so games would arrive 2 days after they shipped from Pittsburgh, but sometimes they shipped from Los Angeles, which took 5 to 7 days. Add 1 day to this for the time it takes for USPS to scan the game in, which alerts Gamefly that I have returned the game.

The only people I suggest Gamefly for are new Nintendo Switch owners who want to play the backlog of first party Nintendo games like Breathe of the Wild and Mario Odyssey. This is because these games rarely ever go on sale and since they are older you will actually be sent them from Gamefly. Older games on other consoles can be found on sale or even on Sony's Playstation Now or Microsoft's Xbox Game Pass gaming subscriptions, which are cheaper.

A smaller problem I had was that you could not have separate queues if you had the 2 or more games out at a time subscriptions. This means they will pull all games from one queue, but maybe you want to get a kids game for your kid and a more mature game for you. It is not possible to ensure this will happen.
Helpful (0)
Thank you

I had a free trial to this had a game supposedly shipped to me I let them know that it never came...

GameFly is ok except for when you're wanting newer and/or popular games .At the beginning of my...