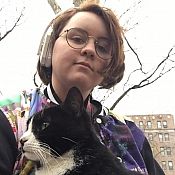 InkProducts
“Owner of the Company Calls Everyone Who has an Issue to Scream at Them”
Let's see... I ordered an $80 CIS from this company and received it a week later, and when I went to install it, I noticed numerous inconsistencies with the product compared with the video tutorial. For instance, all the hoses were installed backwards. I had to jerryrig it to fit into the printer with the correct hose orientation, only to find out that my printer rejected it entirely, and gave me countless errors. I tried calling a dozen times for troubleshooting, but got no answer, and their voice mail box was full. They even hung up on me mid-ring multiple times. Fed up, I tried writing an email, and I also went ahead and put in a paypal refund dispute. What happened after was I get a call (from I presume the owner, since he had the same voice as in the video tutorial), and I tried to start off as patient, but he immediately called me 1) an idiot 2) ugly? 3) a scam artist. I was willing to remove the dispute with some help and a quick walk through, but the hostility was unreal. He even said the words to me "you're the type of person who thinks nothing is ever your fault, it's always somebody else's fault." Projection much? He must have high blood pressure. I hope he can get the help he needs to relax and make his business succeed. Use www.precisioncolors.com instead.
Helpful (2)
Thank you

Steff hasn’t received any thanks yous.

Steff doesn’t have any fans yet.

Steff isn’t following anybody yet.

Send me the wrong ink. The bottles are a completely different color than the correct ink. You...

I recently went back to college and before the semester started I wanted to find a more...