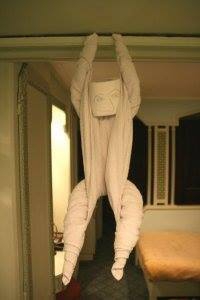 Microsoft
“Microsoft Nightmares”
MICROSOFT SUCKS!!!!! ITS CUSTOMER SERVICE IS ABYSMAL, ITS TECHNICIANS INEPT. NEVER AGAIN WILL I BUY A COMPUTER WITH A WINDOWS OPERATING SYSTEM. STAY AWAY FROM THESE HORRIBLE, HORRIBLE PEOPLE AND THIS HORRIBLE, HORRIBLE COMPANY!!!!!!!
Last April, Windows shoved an update into my computer so toxic that, after 5 days, it crashed the computer to the point that I couldn't get into it. After dealing with MANY Microsoft technicians on line and on phone - technicians who only served to make the problems worse - I had to make a reservation (three days out) at the nearest Windows Store 45 minutes from my home and leave the computer there for three days to be "reset" (stripped of and then reinstalled with its apps, etc.) I lost apps and some files. During the entire process, technicians kept insisting that the problems weren't Microsoft's fault. Yeah, right.
Fast forward to December when I began having some minor problems with my computer as a result of some malware that snuck into the computer's system - malware that I naively thought Windows Defender (came with the computer) was supposed to protect me from. I had to call Microsoft Help WAY TOO MANY TIMES trying to connect with tech aid to get the problems fixed and was kept on hold a total of 30-45 minutes each time waiting to explain the situation to people in customer service who then put me on hold waiting and waiting and waiting to get to tech help. Also had to pay $99 for a one-time service package. The first three times that I FINALLY got to tech help I was suddenly disconnected as soon as the technician finished asking how he/she could help me. The 4th time I gave a technician remote access to my computer. He spent an hour messing with things (with me sitting on the phone) and when the computer was restarted I found he had fixed NOTHING. I then contacted Microsoft technical help online. After being kept hanging by one technician, I did manage to contact another who spent 2 hours on the computer (with me in attendance.) When the computer was restarted at the end of this process I found I could no longer get on line through any of my three browsers. I called the local Windows Store to make a reservation to bring them my computer: they couldn't get me in for two days. I finally brought the computer to Geek Squad 25 minutes from my home, having gotten a reservation 1 hour after my call to them. They have for the past week and a half been trying to correct all the problems they found, and will have to do a reset on the computer to fix everything -- another $149 for their services.
I have been trying to get a refund of the $99 I paid to Microsoft since their technicians failed to fix what I paid them to fix. Have had to call Microsoft Help a total of ELEVEN times trying to get to their billing department, been kept on hold anywhere from 10 to 45 minutes each time, been met with resistance, insistence (three times) that I return to tech help (told I'd be put at the head of the wait line so I wouldn't have to wait and then been placed on hold for up to 15 minutes and never did get through to tech help,) was told once that my money couldn't be refunded because a verification code couldn't be emailed to me (their tech had crashed all my browsers) or texted to me (because I don't text I don't own a phone with texting capacity.) I finally connected with a billing representative who - after putting me on hold a total of about 10 minutes - agreed to give me the refund. She told me the transaction could take 4-5 business days
5 business days have passed and no refund to my bank account has been forthcoming. I called Microsoft billing 2 more times today. Both billing reps insisted the refund has been made. It has not. The first rep told me to contact my financial institution. I did as instructed, filing a reimbursement claim with my bank. I then called Microsoft billing one more time to let them know. The woman I talked to insisted at length that the refund had been made. I hung up on her.
I calculate I have spent about 9 hours on the telephone trying to get tech and billing help from Microsoft with this December fiasco - most of it on hold listening to something numbingly repetitive that I believe is supposed to pass for music and some male voice repeating the same message until I want to pull out my hair and beat my head against a wall.
If you missed it the first time: MICROSOFT SUCKS!!!!! ITS CUSTOMER SERVICE IS ABYSMAL, ITS TECHNICIANS INEPT. NEVER AGAIN WILL I BUY A COMPUTER WITH A WINDOWS OPERATING SYSTEM. STAY AWAY FROM THESE HORRIBLE, HORRIBLE PEOPLE!!!!!!!
Helpful (1)
Thank you
Target
“BUYER BEWARE”
After buying a Serta air bed at Target I set it up and found I was allergic to whatever it was made of. It had a very strong plastic/polymer/chemical odor and made me sick at my stomach. When I tried to return it I was told I couldn't get a refund or Target gift card in exchange, that the store policy on air beds is that after their boxes are opened the customer has to buy another air bed of equal or greater value. The only other suitable air beds were more expensive. I went around and around the issue with a Customer Service representative and manager - both very courteous - and, after standing my ground, was finally allowed to exchange the toxic air bed for a less expensive one with a gift card to cover the differences in price. Overall, my experiences at Target have been very positive, but customers should be aware of the outrageous return policy for at least this one item.

Tip for consumers: Be aware, be assertive, stand your ground.

Stanley hasn’t received any thanks yous.

Stanley isn’t following anybody yet.

My password is not working I have to jump through hoops and pay to get it nack, why can I not...

Lies about call back, do not honor what they promise, comes up with excuses to evade situations...