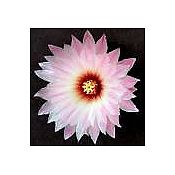 I'm studying to be a nurse, but my current job is dancing at Studio 54. I enjoy photography and pain

Every day I try to cut down on the amount of work I do and spend more time with family. Hellofresh allows me to not shop, think about dinner and just cook. It is so much more enjoyable than having to struggle with dinner. You have to try it for at least a month to really get in the groove of this and realize how it changes your life.

Rosetta stone used to be ridiculously expensive. $1000 for a few CDs of training was way too expensive. You can take a college level class for far less money. But now I found that it only costs $99 for their package of downloadable content and I have always wanted to learn new asian languages especially for travel. For that price it is definitely worth it and I enjoy using my ipad to learn on the go.

OMG! I just ordered Halloween costumes and sexy dresses from Flirt for very very cheap. It was so crazy cheap I thought the site was going to be fake. But they arrived and now I am set for Halloween and NYE this year! Thank you so much Flirt for offering such amazing deals and high quality clothing.

Helpful (1)
Thank you
Isabella Oliver
“I was looking for some maternity clothing that was...”

I was looking for some maternity clothing that was more than just a big sack that you can find at target. There are really no good sites that sell designer maternity clothing. I finally found Isabella Oliver and I am in heaven now. Thank you for making me feel great again.

Helpful (1)
Thank you
Sittercity
“You need to be very careful with any of these types...”

You need to be very careful with any of these types of find a sitter or nanny websites but you can find a good sitter if you contact all of their references. I found a great sitter that lives right around the corner. Sittercity really helped me out.

Hi Stacy, thanks so much for your feedback! We are happy to hear you were able to connect with a great sitter :)

Yoogi's Closet
“Yoogiscloset is my new favorite way to buy a Channel...”

Yoogiscloset is my new favorite way to buy a Channel purse without paying full retail. No, it is not brand new but it is authentic and just barely used. I also found I can sell my old purses to the site and get a reasonable about of money and it is much better than just going on ebay and dealing with all of the crazies on that site. You have to check this site frequently though because I swear the inventory changes almost every hour.

Service
Value
Shipping
Returns
Quality
Helpful (11)
Thank you
SeniorNet
“I needed to help my mom learn how to use skype to be...”

I needed to help my mom learn how to use skype to be able to see our children and watch them grow up. I have bought her computers for years now and with every generation of windows she gets more and more confused. I signed her up for seniornet and a local learning center and it has been wonderful. She has learned more than just email and video chat.

Helpful (1)
Thank you
petMD
“I am not sure if this is by the same company that made...”

I am not sure if this is by the same company that made webmd, though it looks like it. I found really useful information on here for our papillion and why her ears were not growing the way they should have been growing. They also have good information on how to trim nails and treat heart worm.

Helpful (2)
Thank you
Glamour Magazine
“I love using glamour magazine both the app and the...”

I love using glamour magazine both the app and the website to get my makeup and fashion tips. It is so much better than most of the beauty blogs that I used to read because they actually have real writers. I am getting sick of the blogs out there with useless information and just pushing whatever free crap they get.

Helpful (3)
Thank you
Hotheads
“I had a wonderful experience extending my hair 6 inches...”

I had a wonderful experience extending my hair 6 inches and it looks completely natural and gorgeous. It washes really easily and I can style it with a flat iron easily. It blends very well and my only advice is to make sure the color is a close match. They say you cannot dye the hair but I got mine slightly colored and it looks great. I do hope it lasts as long since I colored it though. Hot heads is real hair too unlike some of the cheaper brands

This is a very good sous vide temperature control device and I think the biggest advantage of buying this over the all in one solutions is being able to cook larger portion sizes. The ones that retail for about $300 (only $100 more than the anova) are very small and great for just 2 people or a small meat dish only. To use a larger pot you have to upgrade to the sous vide that costs over $1000. The only big draw back is that they do not also sell a vacuum sealer and those also cost around $200-300. Do not just use a zip lock bag, those will not work.

Helpful (2)
Thank you
Phil&teds®
“I just got the promenade doubles stroller and it really...”

I just got the promenade doubles stroller and it really wasn't clear to me that for $599 that it only comes with one seat. You have to spend another $199 for the second seat? Why would anyone buy a double stroller and then have to spend more money for a second seat? Seems like a little misleading to me. I get that it is "modular" but seriously people, do they not know the meaning of "promenade"? After I realized I had to buy the second seat for additional money, I then realized that I was stuck with 2 "LEFT" hinges which is necessary for the seat to attach to the stroller. Again, seriously? They could not put a L and R in the box successfully? This makes me question the quality of the company products in general. I am however giving the overall company 3 stars because the actual strollers function is very good. It folds down flat into a real bassinet which is better for an infants breathing. Now that I have spent $1000 total and got both the L and R pieces on the stroller it is a nice one. I just wish the company itself had more honest marketing (don't advertise a "promenade doubles" stroller and then sell one seat and I wish they had not been so sloppy to include the wrong parts in the box.

Helpful (1)
Thank you
EyeBuyDirect
“It was time for a new pair of prescription sunglasses...”

It was time for a new pair of prescription sunglasses and this time I was going to try and spend less than $100 (including the exam). A very low budget for those who have done this before as sunglasses tend to cost more than regular prescription glasses. I found an optomistrist that did an exam for $49 and then I found sunglasses that were Rx on eyebuydirect for another $49 not including shipping. Sweet heart of a deal!

Helpful (2)
Thank you
Pbskids.org
“I have been getting sick of all of the websites that...”

I have been getting sick of all of the websites that keep asking for money so my kids can keep on using it. I don't even know how much I have spent on farmville and webkins or worse club penguin at this point. Those are really good sites, but they get expensive. PBSkids is a great site and it is free (that being the best part)

By the makers of babysteals comes kidsteals! I saw this voted as site of the day so thought I would point out that kidsteals is also a great site and they have deals as well. You move up from babysteals to kidsteals as your little ones get older :)

Not really sure about this product. I got an email for it but I question how good it is. There are so many colon cleansing products out there and this one does come with a free bottle and books. Still, claiming weight loss and increased energy seems like such a big scam to me. Pricey too.

Helpful (3)
Thank you
Clarisonic
“I had acne for years and this brush was one of the...”

I had acne for years and this brush was one of the only things that actually helped me control my acne. I don't think you need to expensive version of the brush as it seems to be the same thing as the cheaper models all you get are different brush heads.

Helpful (19)
Thank you
Stars2come
“Just found this website and I think it is wonderful...”

Just found this website and I think it is wonderful that it gives young girls the opportunity to be heard over the internet. I wonder how they choose the girls to be featured but it looks like they come from all over the world.

LOVE THIS! Very valuable tips and I think that they are extremely practical as well. I especially enjoyed the sushi tip and it worked on my children :) I have seen several mommy blogs out there and I think this has to be one of the very best I have ever seen. Should be a part of every mom's bookmarks.

Stacy hasn’t received any thanks yous.

I received my first box this week, and it looked like there was not enough food, but after making...