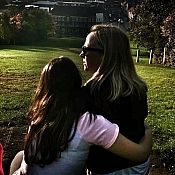 IMVU
“DO NOT LET YOUR CHILD ANYWHERE NEAR THIS SITE OR ANY CHAT ROOM”
I am absolutely disgusted how this site is allowed to operate. It is full of sexual predators and vulnerable children being taken advantage of, it made me physically sick to read some of the things adults are saying to children and encouraging them to say and do. AND YET the site has zero safeguarding for children. Thankfully I found my daughter's profile before she was forced to do something she would regret for the rest of her life.

It says it's only suitable to 17+ but my 13 year old managed to open an account without lying about her age and within 24 hours she was enticed to "go find a boyfriend" by what can only be described as a system generated message and then she was groomed, asked if she would have sex, send naked pics, taught how to sext, told to give her phone number and snapchat account details where the abuse continued.

The report user function on this site is hard to find and even then completely pointless as vile animals are allowed to keep their profiles after knowingly grooming & sexually exploiting children. It should be shut down and the developers locked up.
Helpful (103)
Thank you

This game is a waste of money, i joined as a VIP for my birthday and i never became VIP!!!!! MY...

they false u ban from creating even if u know they right they dont own there mistake they falsing...