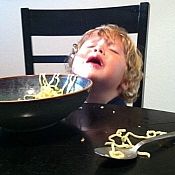 UncommonGoods
“BAD BAD Experience - Terrible Customer Service Reps”
Finding gifts for my discerning mother is tough! I saw a necklace on this site and thought it would be a unique gift. I ordered it, and was double charged. Also, I checked the gift box option but it was not mentioned in the confirmation. So I called customer service. They said I didn't opt for it, though they did have the message I wrote out for the card. She said the only way to fix the order was to cancel the order and order it again. So we did and I was charged a third time. I was told the money for the TWO extra charges would be back in my account in about a WEEK. Later that same day I discovered that my mother's address would be different by the time of delivery. I called back hoping I could change the delivery address and they said I could, took the new address and assured me it would be shipped to the new address within the expedited delivery time frame. (I paid extra to make sure it arrived in time for her birthday.) Well a week passed and I realized it was three days after the deliver by date and I had heard nothing so I called again. Again I spoke with a rep who, I hate to say, seemed uneducated at best, much like the two or three other people I spoke with. She told me several attempts had been made to deliver the item. I asked to which address? And she read off the OLD address. I reiterated that I'd called and changed the address and was assured that it would be sent to the new address. She confirmed that the call was in their records, as was the new address. I complained about the double charge, the gift box and now this and she said it was not acceptable and that she'd look into and see what they could do. A few minutes later she called back and told me that the last number on the zip code was wrong. (my fault) I asked so this caused it to be shipped to the old address???? She started talking in circles and making no sense. I realized I was being given the run around. She said this would be taken care of in the next two to three days! Meanwhile my mother's birthday gets farther and farther in the past.

I've now started looking up reviews of Uncommon Goods and I can see this is NOT unusual for them and that I have been duped. I don't have a lot of faith anymore, and I fear the necklace will actually be cheap junk. The price certainly wasn't cheap.

Jennifer G. – UncommonGoods Rep Over a year old
Thanks for sharing your concerns with us, Stacey. We're really sorry that you ran into so many troubles along the way. Please let us know if there's anything else we can do for you - we can be reached at help@uncommongoods.com or at 888-365-0056.

This website charges you immediately when you order. Most legitimate websites charge you when an...

I paid the shipping costs for an order to arrive no later than 5/21. My husband's birthday is on...