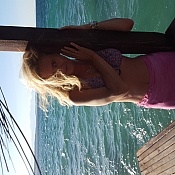 This is what happened to me the other day and thankfully, an Agency warned me immediately. Maria Smith or whoever you may be... your address is fake (unless your email address (or?) everybody should know: *******@gmail.com) because it is my address (and I can prove it), your education and professional experience are fake because they belong to me (and I can prove it) and you certainly not are Founder and CEO of Sol Marzellier Traductores, I am and I can prove it by the way, my Trade Mark and Logo were filed a week ago at the Spanish Patent and Trademark Office, BY ME.

I already reported you and there are many threads on Internet accusing you from being a scammer I will continue to report you wherever possible.

Stop immediately or I will call the Police and take the appropriate legal actions against you.

Thank you for your message.

We have received the notice of the scamming of your CV yesterday.

Our guide (attached) may be helpful.

Here is the email they sent to me, as well as my reply.

Is there anything else you need to register my report? What else should I do?

Thank you very much.

OMG! It is true this so called Maria Smith (which is a renowned scammer, he/she has been reported on many sites) stole my CV!

Thank you SO much, I will report her immediately!

Dr. Jószef Kiss sent me an email to say I would be paid within two days, despite his invoice was not honored by Renful.

:) I, indeed, received the payment today and I am very grateful to Dr. Jószef Kiss who did what all good PMs do, i.e. pay their translators even when the client does not.

Vinson L. – OShopLive Rep Over a year old
I am sorry that you are not satisfied with products.Please contact Service@oshoplive.com . We will help solve this issue for you.
Best Regards.

Sol hasn’t received any thanks yous.

Sol doesn’t have any fans yet.

Air Europa airline won the first place in my personal ranking of airlines offering the worse...

Booked a business class flight Manila to Vienna, they cancelled within 12 hours but still took my...