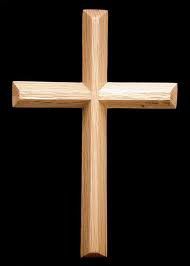 Hello. My Name is Tomasa Singley. Jesus is my God, not religion. I question everything. I am a democratic socialist liberal. I do not believe in political parties. I just have to learn the Salsa dance and the Pasodoble. Spanish is my favorite language. My obsession is mental health advocacy with a side of gay rights and reproductive rights. I have gone by many names on the internet including: IsmailaGodHasHeard, IsmailaDisoHaEscuchado, DanaForYeshua, and now TomasaPasion and TomasaLaPreguntador.

My obsession is mental health advocacy.

Jesus, the Bible, Spanish guitar music, and so on.

BibleGateway
“I love it”
I love it. I use it for online Bible posting.
Helpful (2)
Thank you
LiveCitizen
“Here is another great site that went under”
Here is another great site that went under. That sucked.
Helpful (2)
Thank you
Minekey
“I loved it”
I loved it. I have a major sad that the site no longer exists. Sigh.
Helpful (2)
Thank you
Tagged
“I love it”
I love it. I met some neat people on there. It could use come improvements, but what site cannot?
Helpful (7)
Thank you
debate.org
“I love it”
I love it. I just joined and had a few rough experiences, but joining has proven to be one of the best decisions. There is a certain cute moderator who is fair and fun to talk to. It is a serious debate site that is not about spam, and I do not work for the site, so no accusing!
Helpful (5)
Thank you
CreateDebate
“I started off okay, then I would be attacked for my...”
I started off okay, then I would be attacked for my liberal views. I was called a fascist because I refused to allow bigotry on my debates, called a pedophile, someone threatened to kill me and my whole family, that person threatened to rape me and my mother, not a damn thing was done about it except banning, I was made fun of and bullied, the owner said that the abuse was my fault, and that victims did not exist, I was called a Satanist, accused of sacrificing pup[pies to Satan, multiple attack posts were made about me, and I am the one who was banned. Go figure. The site is run by a radical conservative Republican, so I am not surprised. All in all, I was targeted for my liberal views. One user said that they were going to donate a large amount of money to get me banned, and I assume that this is true due to pattern of conduct. Several right wing users also threatened to leave in order to get me banned. This site only pretends to be about free speech. Do not join.
Helpful (5)
Thank you
SodaHead
“I hate SodaHead.com”
I hate SodaHead.com. That site rewards abuse and punishes victims. My one friend was stalked, falsely accused of molesting his children, and not one thing happened to his accusers. I was made fun of, bullied, called a terrorist, an unbeliever. My biggest mistake was buying into that conservatism. When I started to disagree with SodaHead.com conservatives, I was called a terrorist like I said, stalked all over the site, slandered, it was so bad that I had panic attacks all of the time and I wanted to die. One female accused me of stalking when she was still on my list. Newsflash: if you are going to accuse people of stalking, remove yourself from their list and block them! It is so easy a caveman could do it. One other member used me sexually and then ditched me. All in all, the people I thought were my friends were not. I am still traumatized. Oh, and one of the libertarians pretended to be my friend on another site and then stab me in the back. He is really a conservative though. All in all, do not join, and if you do, do not trust those SodaCons! Oh, and I was set up and banned due to false charges.
Helpful (5)
Thank you

Tomsasa hasn’t received any thanks yous.

Very thankful for this website! Accurately has Bible verses and passages from all different...

THIS IS A GREAT ORGANAZATION THAT FIGHTS FOR CHRISTIAN VALUES AND PRINCIPALS! PRAISE JESUS FOR...