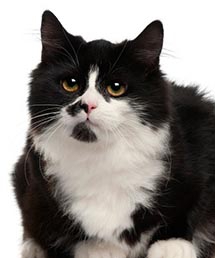 GiftTree
“I'm so impressed I have to give a 5 star review”
Originally I was not so impressed with this site. I had received a basket as a gift that came with one opened item and switched one item with another that I could not eat. I also was not impressed with the presentation of my items, it was more items in a box than a basket arrangement. I called them to tell them about the opened item and my unhappiness with the new switched item. They said they would fix it and send out a replacement. I was expecting the two faulty products to just be replaced and mailed to me. What I did not expect was that they would send an entirely new gift basket! The 2nd basket they sent was so much nicer than the first. They sent me a more premium one, arranged nicely, with many more delicious items. I am really impressed with the service and that they did that. Thank You!
Helpful (0)
Thank you
Enotalone.co
“Come here to be cyberbullied”
Cyberbulliying thin skinned members who prey on vulnerable people with their trashy advice. Worst advice site i have ever been on.
Helpful (0)
Thank you
Not Alone
“Cyberbullying Trash Site disguised as Help Forum”
I think that this site is cyberbullying at it's finest, only it's the platinum members that give "advice" that will bully you. . A bunch of nasty people who in my opinion give terrible nasty advice. I'm not even sure of their qualifications other than being bitter and wanting to take it out on vulnerable people who stumble into this site. I would be interested to learn the qualifications of these platinum advice givers.. Especially look out for hollyj the no life 17K post member who I felt harassed by. She trolled my post then turned around and called me a troll when I did nothing at all but make a post. I felt ganged up on but a bunch of trashy people for writing one post about my situation. She wouldn't get off of my post after I asked her to a few times. Thin-skinned awful people, not anyone I would want advice from.

I don't care if Arman the owner responds to this. Your site stinks and it's full of a bunch of bullies this site should be removed from the internet entirely.

It's an outlet for censorship and dictatorial rules.

If you are vulnerable and are looking for breakup advice do not go here it might be detrimental to your mental health.

Cyberbullying is illegal in our schools and should not be encouraged on sites like this. You don't know who is asking questions and how vulnerable they are. Those platinum members need to get a life and be banned for life from the site.

P.S. The site will not let you delete an account or post either. They won't even do it for you. If you need to delete a post and with it your account.. Break one of their many rules. Send one of the platinum members that harrassed you a message. I told HollyJ she was a harassing troll in a message and bang I was banned for life for myself being a troll somehow. Your account and posts will be gone instantly.
Helpful (2)
Thank you

Silly hasn’t received any thanks yous.

Silly doesn’t have any fans yet.

Silly isn’t following anybody yet.

First time using Gift Tree because the company we usually use kept delaying our gift to our Aunt...

I sent the Wine & Chocolates Basket to my 89-year-old mom for Mother's Day. Well! The ribbon! ...