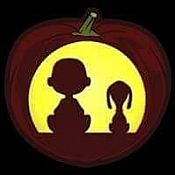 QuickThoughts
“Abrupt Ending”
Suddenly, after being a member for several years, my account was indefinitely suspended. I had just begun a diary opportunity for $50 two days prior. I requested information , none given. In the Play Store, numerous complaints from other users having their accounts suspended as well. If they are shutting down, it would have been much nicer to just tell us instead of placing blame on the loyal users.

Helpful (1)
Thank you
Pollpass
“I love Pollpass”
I love Pollpass! I only joined a month ago and have cashed out already. PayPal and Amazon are offered. Fun text-style questions. Amazingly responsive support team. I highly recommend this site.

Sherry hasn’t received any thanks yous.

Sherry doesn’t have any fans yet.

Quick Thoughts app works ok if you cash out soon enough before they take All your money in your...

This is one of the neatest sites to earn a little bit of money from! Granted its only like $5 a...