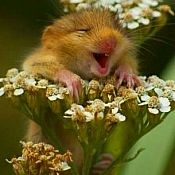 Teleflora
“Terrible company to deal with and high service fees!”

Wow, I see why this company gets lousy reviews! I would give it zero if I could. I went to their website to order some flowers and I wanted a beautiful vase so the recipient could enjoy it long after the flowers were dead. I chose the bouquet and when I went to put in the address, it said sorry we can't ship this arrangement to the address. I chose a different arrangement (again with a (different) beautiful vase) and I received the same message. After choosing 5 different arrangements, only to have them reject them 5 times, I decided I needed to call them.

I explained to the off shore rep what had happened and asked if she would please put in the zip code on her end, to let me know which flowers I could send. She kept saying, I will place the order for you, but not really listening (or maybe understanding?) what I was asking for. I insisted I wanted a beautiful vase with a nice assortment (was willing to pay more) and asked to receive a phone call if there were to be any changes with that.

I got a call the next day and they said they couldn't accommodate the order. I explained again to the new off shore rep what I was trying to accomplish but I really don't know if they "got it." I had to start all over with them again and asked for them to put notes in for the local florist. After the order was revised, and paying a service fee of over $20 which I thought was high, I was glad to be done.

The flowers were supposed to be delivered today. I received an email saying they cancelled the order! Are you joking?!?!?! Now, I will be late and have to scramble. This was a terrible experience and I will never order from them again! You have lots of choices for floral companies, so stay away from this one!

Tip for consumers:
Check the service fees before you place an order. I found them to be high.

Products used:
I tried to order flowers for someone but they cancelled the order!

I was very nervous going in for surgery and my experience here was excellent! The staff was friendly and answered all my questions. I didn't feel like I was just a number; it was very personal. I had the opposite experience at a hospital a number of years ago and that feeling has stayed with me. If I have the choice of where to go for surgery in the future, I would definitely pick Edina Specialty Surgery Center!

Living in Minnesota, our tire pressure can get low in extreme cold weather. Although I had a full gas tank already, I was close to a Shell station when my tires pressure light came on. I started to fill all tires as I wasn't sure which one was low. Dave the owner came right out with a pressure gauge and checked all 4 tires. He filled them to the correct pressure (I would have just guessed) and even replaced a missing cap! All this with a smile even though I did not buy anything there. Thank you Dave!

P.S. It won't let me put in this location so I am writing it here, so locals can support this business if they choose: Shell, 2825 Cliff Road E, Burnsville, MN 55337

Helpful (0)
Thank you
Back to the Roots
“Does not work!”

I followed the instructions and nothing ever sprouted! When I opened the first seed packet, the seeds were moldy and I contacted the company. They sent me a replacement pack. Not one of the 3 herb cans worked... not even one sprout, let alone herbs. I have been growing herbs for years but this product is terrible. Does not work - do not waste your money!

I have had only positive experiences with this company! Justin came out today to clean my chimney and was friendly and efficient. He went above and beyond. Kuddos to Shannon and Chad as well. I would highly recommend them and will be using their services again in the future.

Helpful (3)
Thank you
Escapelounges.com
“Jackie is the best!”

I sent in my elderly parents to try the Escape Lounge at the Hartford airport. I called ahead and spoke with Jackie who was terrific! She was the reason I decided to try the Escape lounge. The day of the trip I called again to see if Jackie was working, and I spoke to Alex who was also wonderful. I gave them my parents names and they welcomed them and treated them like family. I am thrilled with the friendliness of the staff and I will continue to use the Escape Lounge any time my parents fly out of BDL.

I hired Elite Restoration Pro to install new windows, vinyl siding and a new deck. Every part of dealing with them has been a complete disaster! Yes of course it cost more than I was quoted and took longer than expected, but it has been months and they still have not finished the job. In fact, the workmanship has been very poor and there have been lots of mistakes. The communication is absolutely the worse and they do not return phone calls. I have contacted the owner several times but he does not care at all! Stay away from this company... I wish someone would have warned me!

UPDATE: The last of my project just got finished and I have 2 important updates. I went to make my final payment and was presented with a change order invoice for thousands of dollars above the original contract. I never approved that and won't be paying the extra amount. It was like throwing salt into a wound!

However, I do want to end on a positive note. After having left my review, I was assigned a new project manager to facilitate the last bit of work. Alex contacted me and everything changed. His communication was awesome, he always arrived on time and he followed through on all the work. It was a completely different experience for me! If it had been like this from the beginning, I too would have given Elite 5 stars! There are plenty of positive reviews out there and now I can see why. Unfortunately, I had to talk about my personal experience and it was really bad until Alex came in towards the end. It is a shame that they only wanted to fix the situation after a negative review was written.

I have been told that the people that were assigned to my home (with the exception of Alex) will not be working with Elite in the future. Hopefully this will make my review an exception and not the rule.

ADDITIONAL UPDATE (4/10/20)
I can't believe I am dealing with residual issues 10 months after my project started. I received a letter at my home from all the sub contractors saying that Elite has not paid them a penny! I paid Elite ( general contractor) the full amount agreed to. Obviously, it is between Elite and the sub contractors they hired to work out their agreement and the money owed.

I understand the frustration of the sub contractors. Elite Restoration Pro doesn't return calls and I know the workers need their pay, especially during this time when so many people are out of work. Elite doesn't have a conscience. I go back to my original statement - avoid this company at all costs!

I just got the new Samsung phone for my father at Best Buy in Burnsville, MN. I spoke with Tyler (a supervisor) over the phone before purchasing it, to make sure I could bring in my Dad's old phone and have them transfer everything. Tyler was amazing and answered all my questions and assured me they would take care of it. There was a problem with stock and finding the phone I wanted, but Tyler was creative and made it happen:-)

When I arrived in the store, Tyler passed me over to Alex to care of everything and I'm glad he did. Alex had to jump through a bunch of hoops starting with the fact that we couldn't get the sim card out of the old phone. Then we had problems with old passwords and logging into accounts. I know these are details that most people wouldn't care about, but the bottom line was the outstanding customer service I received! Alex was patient giving me one on one attention until we resolved the problems. Because of these two terrific employees, I will definitely go to Best Buy again when I'm ready for my next mobile phone!

Helpful (1)
Thank you
myHenna.us
“Be warned - DO NOT BUY FROM THIS COMPANY!”

This is the worst company I have ever dealt with! I ordered a product from them that I have been using for 50 years and know exactly what it is supposed to be like. They sent me FAKE product; not the right thing at all. When it arrived, there was NO padding at all with the packaging, and the product was damaged. When I immediately called in to report, they did not care at all and did nothing. Then when I used the product to find out it was poor quality, I called in a second time and they said I would have to write in to get a refund. I sent a lengthy report supported by many photos only to have them say they would do nothing at all! Absolutely terrible customer service! Be warned...

I have ordered a number of things from Collage.com and I think their customer service is the best! There is always someone to talk to on the phone, which makes a huge difference over some other companies. They are friendly and really seem to care about making sure the customer is happy. One time, my photo on a phone case seemed dark and I called them. Even though it was really my fault for not adjusting it before I uploaded it, they lightened it and resent another at no charge. I have ordered many phone cases for my friends. I love the product and I love the customer service! Well done Collage.com!

HORRIBLE! NOT AS ADVERTISED! I ORDERED THE ZEN GARDEN AND THEY SENT A DUSTY PLANT! AWFUL! YUCK!

I paid extra for the flowers to be delivered. I got an email stating they were delivered in...