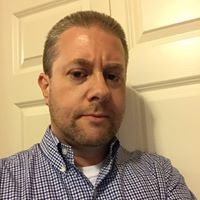 Helpful (3)
Thank you
Avalon Jewelers
“Stay away. Scam artists!”
Went in to the Mentor Ohio location with a 1.5 karat total weight diamond ring to see what the value was. This was a ring we found while on vacation and we had already taken it to three jewelry stores (Kay, LeRoy, and Jared's) to get an opinion on its value. Each store told us this was an beautiful ring with an incredibly cut 1 karat solitaire. We were given a low retail value of $5,000 and a high value of $9,000. When we took it into Avalon in Mentor, the lady behind the desk told us it was a fake Moissanite and that all she could offer us was $85 for the gold. We took the ring to an appraiser later that day and received an appraisal of $8,800.00 IF THESE PEOPLE CAN'T TELL THE DIFFERENCE BETWEEN A FAKE MOISSANITE AND A $8800 1.5 KARAT DIAMOND RING THEN PERHAPS THEY ARE IN THE WRONG BUSINESS!
Helpful (1)
Thank you