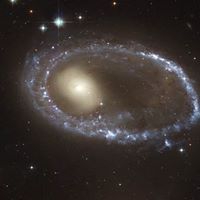 MeWe
“New social media site compering with FB”
I have been on MeWe.com for over a year and a half. Overall it has been a good experience. Free speech is generally observed and it mlm is mainly the owners and admins that deal wirh it, not really MeWe althought you can contact rhem if needed easily.
Navigation in site can be confusing at first bu with the latest update it is a better layout than before. It is much better to remember that each group, event and peron has both a main feed and achat dunction that are seperate from eachother.
Overall it is a good experience but different from FB, which is a good thing.
Helpful (0)
Thank you
Reddit
“1st post, I was attacked as a creepy conservative”
I had an account for 9 days, made a few replys, and then on my 1st post I was attacked as a creepy conservative, yet that personal attack isn't against the rules, likely due to how the 10 yr user phrased it. As other reviews have stated this site is really just become crap. It is not worth the expenditure of energy to type a post or reply.
Don't waste your time use MeWe instead.
Helpful (5)
Thank you
Meetup
“Meetup has failed its paying customers”
I have used Meetup.com for Six years as of Nov 2017. They have been a problem ever since I started using them, and the app they just pushed out in Sept of 2016 has taken a bad situation to worse.The only thing this company will understand is falling revenue. They do not even have a contact us button on their main web page. The new logo is more like a blood splatter from a murderer and Rapes and assaults have been associated with this social media site. Be smarter use Facebook. Meetup just sucks. Update: Now they are going to modify the Web-page interface so it looks like the app. Useless non functionality is the goal, Please I beg everyone to just leave Meetup.com they don't give a damn who gets harmed by the unscrupulous organizers who lure people into situations that are not safe. I really wish this social media would have died in 2009, Use Facebook Groups they at least do not cost the owner money to operate.
Helpful (4)
Thank you

What a great name for a social site in this day and time. I end all of my messages with it's not...

An extremely toxic site full of communists and socialists. They are bought out by China and other...