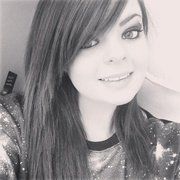 The only problem is that a month later, my credit card which hadn't been used on any other site, was suddenly having money stolen from it. First $250 was taken, then $750. Now they won't respond to my emails and my money is gone:(

Btw... has anybody else noticed that the 3 reviews below were all written around the same time... sounds like a rival site is being a little bit sneaky, heh.
Helpful (5)
Thank you

WELL JUST RECEIVED A LETTER TELLING ME THERE KEEPING ALL MY MONEY AND NOT GIVING ME A BILL FOR...

NickClassics.com is a SCAM. I ordered Rocket Power from them in July, the shipment arrived 2...