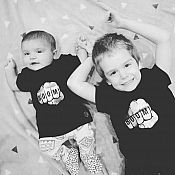 I ordered two pairs of glasses after seeing what looked like great prices, but as it got past the 10 business day delivery guarantee, it all started to turn sour.
I had to send multiple emails to get a tracking number out of them, had no reply so then opened a Paypal dispute, and eventually, one single pair of glasses arrived on its own. Being a tiny packaged, I filmed the opening of it while at the post office to cover myself and to show there weren't two pairs.
I've sent multiple emails since asking about the second pair, with no reply. Completely ignored.
I have no choice but to now but to update my paypal dispute to show they only send half the order, and get my money back.
These guys are cheaper for a reason, don't waste your time.