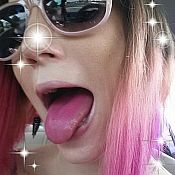 Crowdtap
“Not happy with updated version!”
They are making changes to the website now and now I don't like it near as much. Granted they are still apparently working on it, there aren't as many missions to do for points, it's so much harder to maneuver around, u don't get the percentages of which answer people chose any more, and it's a lot harder to accrue as many points. To top it off, they have been working on it for two weeks and no sign of the end near. Wish they would have left a great thing alone. I gave them 5 stars on my last review.
Helpful (15)
Thank you

McKenzie L. – Crowdtap Rep Over a year old
Hi Sara, We appreciate your feedback. We are continuing to release new updates and improvements to the site to address bugs and concerns. The fact that you miss seeing how other members responded to questions is a great insight for us as we think of what to work on next. If you send us a private message we'd be happy to help address this for you.

It wasn't the first time Crowdtap flagged my account for not meeting "Their Standards" when i was...

When I tried logging into my Crowdtap account last night it stated in red at the bottom that my...