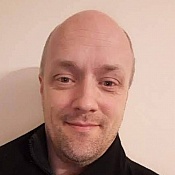 I bought an HDD from i-tech, which was packed poorly and damaged during or perhaps before shipping. The HDD didn't work. I-tech refused to replace it. I'm out AU$260, and the PC I was building for a client was delayed by 2 weeks.

I gave a 1-star review through TestFreaks, and TestFreaks refused to publish the review, saying I should talk to i-tech customer support which I had already done.

Clearly TestFreaks is corrupt and untrustworthy, if they will not publish genuine negative reviews. They just serve the companies, not the public interest.

Tip for consumers:
TestFreaks it not trustworthy, as they do not publish all genuine negative reviews. Additionally, you can't trust the reviews or average rating shown by any business that uses TestFreaks.