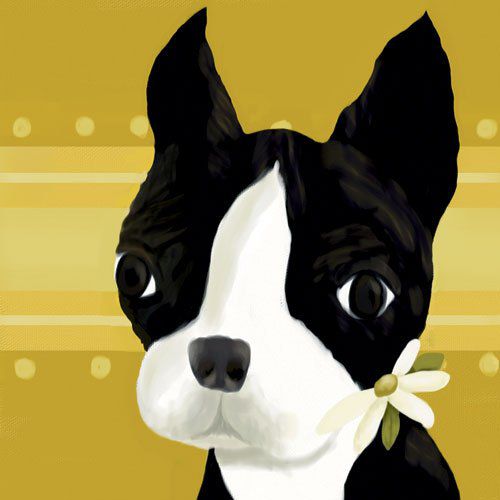 I love to help out in my community.

I have a sense for art and design.

love art, hanging out with the family, dogs and friends!

David's Bridal
“I heard somewhere that they are the forever21 of bridal...”

I heard somewhere that they are the forever21 of bridal gowns. I agree :) You don't really get the best shopping experience, and the employees/assistance is okay on customer service (based on going to 3 different locations), but the dress is okay quality, and at lower prices. Also, they will bombard you with emails when you sign up with them, eeek. Otherwise, not bad. Give it a try!

Love this site! I took off one star because sometimes I find better deals elsewhere (but they are still affordable!), but overall, they have all your baking decor needs all on one website. Cute stuff, and the site and emails are very welcoming. If you sign up, then you'll get a lot of discount offers. I recommend it!

Helpful (1)
Thank you
Urban Outfitters
“They have the best sales, and always promote some kind...”

They have the best sales, and always promote some kind of shipping deal. It's safe, and there are free returns online! As far as I know, they have great trendsetting fashion, and pretty good customer service.

Helpful (2)
Thank you
Sephora
“The best makeup beauty site ever”

The best makeup beauty site ever. Best policies, and they give you great perks.

I want to share my weddingtrail.com purchase with you: I fell in love with a gown I tried on at a wedding boutique. I did a search online, and found the same exact picture, designer, style and description on weddingtrail.com, but for waaay cheaper than at a boutique. My logic persuaded me into thinking that the dress would be similar enough since the original designer must be sending this to be made in China anyways? So I went for it! My dress came in good timing, and I was happy with that. However……. NOTHING about the dress was good: The color had a cheap yellow tone, while the back of the dress showed signs of potential shredding. The fit was awful. I didn't mind the idea of getting the dress tailored, but it was terrible from the get go. The armpit area was so high, making the chest a strange fit. That was the least of my problems. I ordered a lace dress, and expected to find a cheap lace material at the least. This was not the case. I received a ballerina tutu-like material which may sound cute, but believe me, it was not. There was bad embroidery work intertwined. To explain in detail: strings carelessly zig-zagged all over the dress, and thread hanging where fabric is connected. The hole forming in the back of the seams would be bound to tear more fabric. I'm not talking about the foundation of the dress, but the entire outer "lace" layer was opening up (before I tried it on, of course). I kept looking at it thinking: could I make this work? I looked like I was wearing a poorly made swap meet quinceañera reject, and this is supposed to be my wedding dress?!

I immediately took photos as evidence, and contacted weddingtrail's customer support and explained that I would send photos and offered to pay for shipping it back. Given their refund policies, I had the right to return this dress. The customer service rep responded in a very unapologetic cold manner, and didn't even give me a chance. Every response pointed the finger at me, that I was in the wrong. I stopped asking for a refund from weddingtrail.com because I realized it was my decision to buy from a cheap website. It was a gamble, and even though I found some bad reviews online, I did it anyway. That's why it's understandable if you choose to buy from weddingtrail.com anyway because that's what I did. Only thing is – I regret it.

In my opinion, I consider this false advertisement. Weddingtrail.com promoted a dress using the actual designer and style name. Most misleading, they post the designer's photography. I decided to leave a review (an honest one like this one), but weddingtrail removed it. A few days later my mother left a comment, and it was removed too. Our reviews were coincidently replaced with five star reviews which were obviously made up by the company to sound good. I don't blame them for removing our reviews, but seriously, notice they hardly have any? The review they replaced mine with was off in grammar (sounded like that of the Hong Kong sales rep I communicated with online), and totally praised everything that was the opposite of what I communicated: I likes these dresses, good quality, best customer service, will buys more in recent times. (That was not to make fun of anyone, and I do apologize if I've offended you). I did notice another customer's negative comments that was removed, and was replaced with a highly commended false review. Coincidence?

With all that said, I took the time to write this for consumers like me, so they could have a fair chance to hear another side. If somewhere in your heart you have doubt, stick to your guts. I don't mean to bash weddingtrail.com, because they might actually have many happy customers that will tell you otherwise. But if you know you're going to feel bad losing a couple hundred bucks on something that's not so good on quality, think twice.

Samantha hasn’t received any thanks yous.

Samantha doesn’t have any fans yet.

Samantha isn’t following anybody yet.

WARNING: DO NOT PURCHASE FROM THEIR ONLINE STORE. Purchased two dresses delivered on 5/5 and due...

I am writing about my experience with an online purchase. I ordered several pairs of bridal shoes...