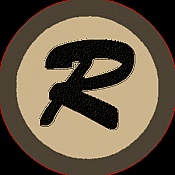 TSN
“TSN Direct as a service is almost as bad as their customer service”
Was looking at cutting the cable and buying into a streaming sports package. The TSN Direct site advertised hundreds of sports events that could be streamed through your smart tv. The site doesn't actually say what events are going to be broadcast, but the marketing claim presented a proud boast of being the best. Unfortunately you only get the "Subscribe Now" link and nothing more specific.

So, like a complete sucker, I gave it a try and selected their $99 deal which (assuming they were as good as they claimed) was a much better deal than going month to month.

Within an hour I discovered they had no application that would support my Sony smart TV. They only support Samsung apparently. Unlike every other streaming service (Netflix, Prime, Disney+, Sportsnet, DAZN, etc.). So that's useless since my family can't watch TV depending on my phone being around to cast it.

I also quickly discovered they didn't have any of the events. On the day of purchase that included Champions League soccer and NHL playoffs. Neither of the games I was actually interested in were available. What was available was exactly the same as I could get on my regular cable subscription.

Entirely pointless and not at all as advertised. Services from SportsNet Now & DAZN that support any android TV are both superior. No one in my family has ever been able to use the TSN service.

Unfortunately the moment you submit the subscription they stop caring. Every email was answered with a vague "we'll pass the feedback on". When I challenged them on their claims about offering sports events they brushed it off with a claim that they publish what events they'll actually broadcast. Which on the TSN Direct site they do not, you have to go look it up somewhere else. And its nothing better than what their cable channels offer which was definitely not stated.

They only repeat their policy of "no refunds". They do not acknowledge any false advertising and don't care whether you can even stream what they do have. I've never been able to. Complete waste of money. They stopped even responding to any emails after I asked my account be cancelled and a refund issued.

What a scam. Imagine buying a lawnmower and opening up the box at home to find a pair of scissors. Garbage service and their customer service was arrogant and indifferent.
Helpful (0)
Thank you
Expedia CA
“Expedia Customer Support is garbage.”
If you can find a deal on a ticket through Expedia then that's cool, good for you. But be well warned, if you have any issue that requires their support you may find yourself very disappointed.

I made the mistake of buying a couple plane tickets that I needed changed. I contacted the airline and they had a policy that allowed tickets to be fully refunded within 24 hours, and were also happy to make the requested changed.

However they could not because the ticket had been purchased through Expedia and they directed me to speak with them.

And for the record Expedia clearly states their policy is that they will not add any charges for any changes to tickets, and will defer to the policy of the airline.

I called Expedia's support line, explained the issue, and then was put on hold while they tried to call the airline. After waiting a while I was advised the airline (that I'd just spoken with) weren't answering the phone.

I was advised that "offline support" would take over resolving my case and I should expect to hear back from them within 24 hours.

I never heard back from them.

I sent Expedia a couple more messages requesting an update and support.

I submitted the form to escalate the issue. According to their site they "review it and contact you within 72 hours".

I never heard back from anyone at Expedia. I have no idea if they tried anything but they certainly never tried to assist me.

We bought a second pair of plane tickets from another airline directly and had to leave our tickets unused. Complete waste of money.

Do not use Expedia if you can help it. You will be far better off going directly to the airlines and hotels. It may be a bit more work to research, but the cost is the same if not better. And most importantly the customer service is worlds better.

Expedia didn't just fail us with their customer service, they abandoned us altogether. We were their customer, we paid them for a product that could not be used. They completely disregarded their policies.

There is no excuse for that.
Helpful (4)
Thank you

TSN DIRECT, what a rip off. My daughter (from Canada) had to be in California during Christmas...

Like the other review on this site, we fell victim to believing that TSN would be providing a...