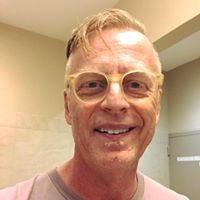 FLX
“Great idea! Terrible execution UPDATED”
UPDATE: The company finally got back to me and sent me the replacement for the defective motor. I was able to follow the step by step video instructions using the tools they provided and make the motor swap. It worked perfectly and I love my bike. It really is an amazing piece of machinery now that it is working properly. ORIGINAL: I got my bike and after one ride it stopped working. They asked me to send pictures of the motor and the immediately identified that the motor was not correctly placed causing the wires to be pulled out of the motor. That was November 25th. I have yet to hear from them again. I have made repeated attempts to get them to respond, even said I would pay for the cost of having a local bike shop replace the motor. Nothing! You will spend a lot and once they have your money, good luck! Hopefully your bike will be one like they show off all the time and not a very heavy conversation piece that you can't ride again. I told all of my friends and family about his bike because I was so excited.
Helpful (4)
Thank you
CanvasPrintFactory
“Wish I had searched sitejabber before ordering”
Not only are the other reviews here correct about the non-existent customer service, be aware that they also do business under several names (i.e. Poster Factory). The prints themselves were satisfactory, but whatever you do, don't over the framing. The frames they sent cost $48. I found them at Walmart for $3.99. Besides being sold something that was so cheap, they packaged them together and the cheap frames came in damaged, scratched on the thin plexiglass, cracked and the frame falling apart. Least you think it was UPS, the box was in perfect condition, it was a very simple sixth grade logic, if you are going to bubble wrap more than one together, don't put them facing each other but put them back to back. Because they were for Christmas, since I couldn't get the company to respond, I had to go buy frames for the 4 photos that I bought so this became a rather expensive print in the end.

Helpful (0)
Thank you
MyPix2Canvas
“There should be a class action against these scammers”
BEWARE! If you use them they will take your money and then it will be 6 months or NEVER when you actually see anything from them. MyPix2.com is nothing but a scam that you need to avoid. Any positive review is clearly from the company.
Helpful (5)
Thank you

Russ hasn’t received any thanks yous.

Russ doesn’t have any fans yet.

Russ isn’t following anybody yet.

This company is terrible. I ordered 4 prints and each one of them was ruined. For my troubles...

I placed a BOGO order on SUNDAY Dec 31, then another BOGO order a few hours later. I immediately...