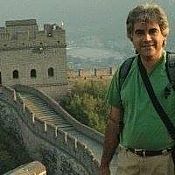 I called and made an appointment with TLC plumbing at Albuquerque. They give me the hours between 10 am to 1 pm. I waited until 1:30 pm no one showed up and I did not get any call from them either. 1:30 I called the office and told them I have been since 10 am. They told me the plumber should be there in 30 minutes. He showed at 3 pm, 2 hours late! I spend most of my day waiting on them, and when they show up I told them that I have been waiting for them for 5 hours, and I had to called the office. Their response was, well we can give 5% discount... their hourly rate is $99,5% of that is almost $5. My 5 hours waiting on them, worth $5.
This is the worst experience I have with any company and I could not be more insulted.
I have called and Filed complain with better Business Bureau.

Rosbeh hasn’t received any thanks yous.

Rosbeh doesn’t have any fans yet.

Rosbeh isn’t following anybody yet.

I would NOT recommend putting any investments here. It is impossible to get any information on...

These guys are paranoid and lock accounts at will. If you want to stress out a bit, go ahead and...