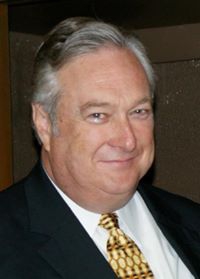 I've been getting those BEAUTIFULLY crafted emails for a couple of years.
1) About a year ago, I ordered two sliver-trimmed cocktail glasses. Not terribly expensive, but costly enough. When they arrived, I didn't open the package for over two weeks, as I was on the road for work. The silver plate had overspray on the side of the glass. It was permanent, and not attractive. Really poor quality. I didn't bother to go to the trouble to return them. If I had, I would not have made mistake #2, a subsequent, BIG order.
2) In late August, I ordered the Sterling couch in black. It is a regular item in the inventory. It was allegedly on sale for half price. Actually, that is always the price, and they manipulate the In Stock inventory to ramp up demand. The Sterling couch is a thing of Mid-Century Modern beauty. It is stunning to look at.
Trouble was, it took me five weeks to get a look at it. Shipping was $200, which seemed high, compared to other internet vendors' 0-$100 fee for similar service.
When the couch arrived, it was a thing of beauty. Style to the max. However, it was not padded enough, anywhere, for any level of comfort. The seats were almost hard, and gave way after an hour of sitting. If I moved over, I'd find a comfy spot, until it settled in. So, move again after the first place regained its spring. The back of the couch had a horizontal top board that was so lacking padding that it caused pain and light bruising of my shoulder blades. SO beautiful, yet, so useless.
I took advantage of the 30 day return policy. Little did I know that the policy would take care of me. While I got a prompt Partial Refund, I was hit with a $200 return shipping fee. Almost unconscionable. Customer service was perfunctory and unmoved by my complaints on the costs. Of course, after the fourth email, they pointed to the return language buried deep in the bowels of the website.
The Partial Refund was all I was to get.
Be absolutely sure that a return will not be needed, or you WILL PAY.
I am 0 for 2 with Dot & Bo. I've unsubscribed from their beautiful emails. Life goes on.

UPDATE:
Given my penchant for persistence and petulance, I was awarded a $100 store credit at Dot & Bo. I'm inclined to use the credit, BUT, it specifically excludes shipping costs, so, if that $100-ish item is not satisfactory, I'm on the hook for shipping BOTH ways. I'll give it a try, because I'm nothing if not a good sport. But, believe that I will monitor and examine all the contingencies of this next transaction very closely. And, I will report.

Thank you for taking the time share your constructive feedback and expereince. We sincerely apologize that the Sterling Couch was uncomfortable for you and for any misunderstandings in regards to our shipping policy.

We strive to be as transparent as possible about our shipping costs, in addition to providing the best product cost as possible. Rather than inflate your product price to include shipping, we separate those costs.

Larger pieces like a sofa have a surcharge on top of the regular shipping charge. Shipping surcharges are applied to furniture pieces that are heavy, large, or have angles that make them difficult to maneuver. Larger pieces are often heavier and take longer to move across the country, which means they cost more to ship.

For future reference, you can see that information under the header "Shipping Policy" on the item's product page.

You may see our base shipping charges by visiting our shipping page at the link here: http://www.dotandbo.com/shipping
We’ll be sure to submit the feedback that you found the shipping policy hard to find with the appropriate department. We appreciate your feedback as it’s invaluable as we strive to improve for our valued customers such as yourself.

I bought a piece of furniture from this website. The amount I agreed to pay was $996. When I got...