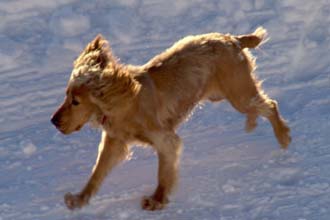 AnyVan
“Do NOT use for expensive furniture.”
Name: R Cottis
Booking number: AV 6384104

Do NOT use if you wish to have expensive items moved. They have destroyed my £1300 electric reclining sofa and accept no responsibility for the damage as there was no evidence of it working immediately before hand. Terrible service.

I chose to use Anyvan based on a personal recommendation, to move a £1300 reclining sofa across the road from 4th floor flat to flat. I was initially surprised at the price of £149 which was high considering they would not even need to use the van (as it was a 30 metre walk). What I did not realise at the start, which they should make much more clear, is that the company Anyvan are agents and will assign a bloke with a van' to your removal. I guess your experience of this company depends on which bloke with a van' you get. The people with vans are all self employed and the van which turned up was white, and had no company logos on it. This is important to know as if there are problems, Anyvan wash their hands of everything and simply pass on your emails/phone calls to the bloke with the van' and it is up the them if they accept liability/responsibility or not. I later found out that in the terms' which you accept when you place your order, demotes you of any power when it comes to resolving issues.

My sofa was moved into the new apartment (due to being in isolation I could not keep my eye on them). After the workmen were moaning about how much they get paid from Anyvan, I decided to tip them £30 I regretted this later. After they had left I realised the end of the sofa was badly damaged on one end, and the switch which controls the electric recliner was broken and it no longer worked. There is damage to the switch, wires and possibly motor. To damage it this badly it must have been dropped/stood up on its end with force, or spun on its end with all the weight on the switch. Absolutely no care was taken.

I instantly reported this to Anyvan with pictures of the damage and a video of the reclining function not working expecting them to send an engineer or arrange for a spare parts or something?! I received a reply the following day stating, the men with the van accept no liability for the damage as there is no evidence of the condition/functionality before the removal. I then sent a picture, with proof of the date taken, of the sofa fully reclined 2 weeks before the removal, which I thought would prove the functionality. No still the same answer. After several emails back and forward I realised I was getting absolutely nowhere. I was and still am infuriated.

I now have to organise an engineer to see if it can fixed, which will be pricey, then buy the parts needed for the motor.

It is ridiculous that Anyvan ask the men with the van if they accept liability. If there is damage, liability should be forced upon them if they are representing their company. Or Anyvan should take some responsibility for their shoddy, heavy handed workers. I am now also assuming any sort of damage to any furniture would go through the same process Why would they accept liability?! Unless there is evidence of the condition of the furniture on the same day. Even then I'm sure they would make excuses to get out of paying for any damages.

Oh, they did refund me £20 for the inconvenience.
Helpful (1)
Thank you

Very poor Items damaged and no help at all from AnyVan. Avoid if your goods are important to you....