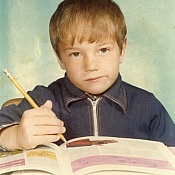 A 50+ music fan and webmaster based in Kanata, Ontario

They moved their fulfillment centre and this may have corrected the mysterious issue that caused my order to be under review for all this time.

I also unfortunately had two charges for $24 to my credit cards that I had reversed, that come out of nowhere and wasn't associated to my email address.

I'm going to let the dust settle before ordering from this site again.

Products used:
Stocked up on shampoo.

So, i've managed to twist this site's arm to return the 100,000 points it took from me only to have an order placed on a month long review, with no explanations as to why this review was necessary.

I kept asking to discuss the issue with a manager or supervisor and the customer service agents simply refused and said i'd get my order processed in 1-2 days, which never occurred. How hard was it to pack a few bottles of shampoo, even with the 7 to 10 day delay they had mentioned was going on at the time?

Basically I fell like i'm beta testing an independent contractor, whose business are glitchy and couldn't handle the upscaling that had happened at the time. And that this has nothing to do with Shopper's Drug Mart, a company that i've trusted for decades.

The latter is why I trusted them enough to place another order with them and redeem points. And Now I just don't trust them, at all. And will go back to my local Shopper's Drug Mart to redeem points.

Why couldn't they be like Joe Fresh Online, their sister site? It appeared to use the same e-commerce software and I encountered no issues there. So much for the free shipping I got from my PC Insider subscription.

Tip for consumers:
Complain to Loblaws head office with the case number that's been issued to you.

The customer service has gotten poor here. There's a woman who works at this location (tall,...

Purchased a mastercard for $200 for a gift on Dec 16th at the Shoppers Drug mart at 14th avenue...