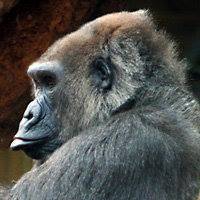 I bought a tablet from them back in July 2015. It arrived with a 100% dead battery, couldn't be charged. Mailed them and after some weeks they agreed to RMA. By the time they acknowledge receipt, over 100 days have passed. Not until I file a PayPal dispute do they do anything, and then they give me a store credit. Like a fool I closed the dispute. Now I look for a replacement tablet, put in an extra $30 or so, and submit the order. Nothing. Still shows as "processing" a week later, and queries on order status go ignored. I can dispute the $30 but I doubt I'll ever see the other $160 again.

Update: They actually shipped, and the tablet has arrived and works! Crazy thing is, they said they couldn't ship because they had refunded; but they hadn't refunded and they HAD shipped. And, latest, I get a message that says the tablet was back-ordered and will ship soon.

I suspect they're just overwhelmed with complaints (because of poor quality control at the manufacturer?) and they don't take the time to read. IF you order something and it works on arrival, great; but if not - and that's more likely than it should be - be prepared for a long battle with customer service.

Still, six months is way too long, and I don't know whether they would ever have shipped if I had not posted here, YouTube and other sites.

We wish to apologize for the inconvenience or frustration that we cause.

We have replied to you in the ticket with the solution, please check them and reply to us.

Thank you so much for your continued support

These people are total thieves. I ordered a remote controlled racing car in January 2018, and was...