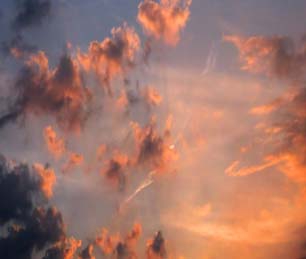 I had a five-star review for them until my beagle had a nasty attack of some sort. Got an appointment, took hm down, and the woman who took his temperature should have been working for the Gestapo, and she was about as friendly as a snake. The best I could get out of her was a grunt. Got the so-called diagnosis, which was an infection. Got his meds and took him home.He became increasingly worse to the point of being near death. I finally was able to rush him back down at about 5pm on Wednesday. A doctor came in, did blood work and x-rays, and came back in and told me he had multiple organ faiure. By this time I had already spent about $100 on medicine and the initial visit. Needless to say he had to be put down. We considered him our kid. They took me back to see him one last time and I broke down; I was crying as I went out to the reception desk. The heartless woman there could not have cared less and was only interested in the $250 bill. She hounded me for five minutes at the desk, even when I told her I rushed out of the house without my credit card. Just goes to show you that not even this so-called wonderful establishment cares about anything but the almighty dollar. So make sure you take your money, credit card and maybe a credit application when you visit this establishment. The one bright spot, and I'll stick by it adamantly, is Drs. Behm and Klink, they are nothing short of angels. But beware of the trolls who work out in the reception area and who do the initial exams. It wasn't the money, it was their zeal to get it whenever I was out of my mind with grief over losing my dog who was my kid. It was the same to me as losing your 8-year-old son. The people at the desk could not give a crap about your feelings, that was proven last Wednesday.

Beware of this place! I tried to sell and you can't unless you are willing to pay $200 a month to make $50-60 dollars! You can not talk to anybody on the phone and they will not call you back even if you ask them... Email only This place sucks! Do not buy or sell here! That was the absolute fastest response I've ever received from Bonanza. They may have an A rating but you can not sell through them unless you pay BIG money and they do not respond to you unless you have about 2 days. They are scammers Beware! UPDATE I have sent them 3 emails and still they have not contacted me! This is a nasty company.

Tip for consumers:
Stay away!!

Jackson B. – Bonanza Rep Over a year old

Rip off. Book ordered and paid for. No response from seller and no help whatsoever from the web...

We are a small company and make custom accessories for ladies. Recently we received a message...