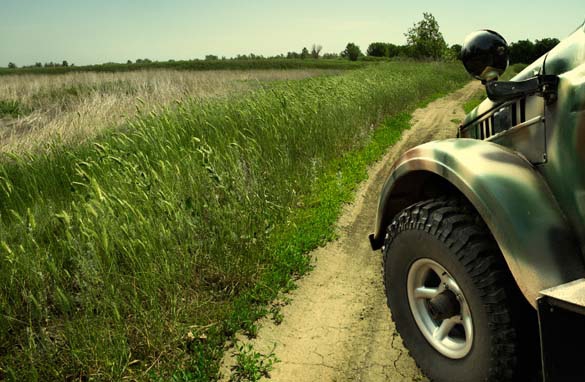 Hertz.com
“Hertz steals by charging fuel charges even if the tank is full”
Isn't it illegal for Hertz to steal from its customers? They say they are in the right charging my credit card for a fuel option even though I said NO to the fuel option in person to half a dozen people when picking up the car. In life, when you say NO, it should mean NO. No is No. Notwell too bad for you we charged you because it was on your profle. Recently, I had Hertz charge me $46 for gas when I returned my rental car with a full tank. After countless useless phone conversations, I wrote to them telling them to stop stealing from me and refund my money. Basically they refused because of something in my profile that I had tried to have removed a dozen times and that I told them upon picking up my car that I didn't want that fuel option for this trip or any trip and asked them to remove it.
I believe this is illegal and if anyone else is experiencing this then I would be interested in a Class Action Suit.

IT went like this:
In December, I rented an SUV. When I made the reservation, I spoke to a customer service rep and told her I could not remove the "Fuel Purchase Option" from my profile. I asked her to do it for me. I then confirmed the pricing of my rental and was told the fuel purchase option would be removed . When I arrived at the airport to pick up my car (as a gold member!!) I went into the OFFICE to reiterate to them that I did not want the fuel purchase option and that I was declining it. They told me at the office to tell the gate keeper when I left the lot. I again reiterated to the person on duty that I would be returning the car with a full tank of gas and do not want the fuel option. When I returned the carWith A FULL TANK OF GAS -- lo and behold I got a receipt with an added $45 fuel purchase option! I called immediately, while in the airport waiting to board my flight, and spoke to a customer rep about having the charge removed. She said it would be credited back. It was not. I called again after two weeks and was given the same song and dance. Today, still not receiving a credit back for the surcharge, I called again and was told the credit was denied because I accepted the fuel charge. Really?

If three attempts to remove the fuel option is not proof enough that I don't want the fuel option I don't know what is. This is blatant theft. I returned the car with a full tank of gas. I did not want the fuel option. I am furious that they didn't credit back the money that is rightfully mine. Every time I rent from Hertz, I have the same issue. I cannot believe that they would lose a Gold status customer over a fuel charge!

I wrote this to them and told them that his has been a recurring issue for me and that I believe they are purposely continuing the fuel option despite my refusals of it in order to steal from customers.

WHAT I GOT BACK FROM THEM:

Thank you for contacting us. I appreciate the opportunity to review your concerns.
We regret any misunderstanding regarding the Fuel Purchase Option (FPO) billed. Since you accepted this option on your Gold profile , an adjustment to the charges billed is not warranted.

This is unacceptable. I made it very clear from the moment I called in to rent the car that I did not want that fuel purchase option.
I told the woman on the phone who made the reservation for me.
I told the person at the Gold counter when I selected my car.
I told the woman at the gates when I exited the parking lot.
I told the person to whom I returned the car.
I told the person I called on 12/29 from the airport before boarding my flight- once I saw the amount was charged to me that I was not going to pay that charge and that I wanted that option removed from my gold profile.
She said she would refund me the fuel charge since I returned the rental with a full tank of gas and that she would change my profile.
That was the final word I got.
I did not want the option. I did not agree to the option. I told five people I did not agree to the option!
You cannot say I agreed because it is in a "profile" that I couldn't change- someone in your company had to change it for me.
Helpful (0)
Thank you

roberta hasn’t received any thanks yous.

roberta doesn’t have any fans yet.

roberta isn’t following anybody yet.

I'm going to be as brief as possible. I used the Lyft express hertz vehicle for 15 months and I...