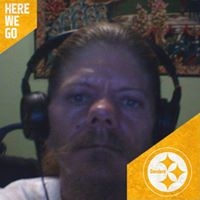 Tagged
“Cheaters, Owners do nothing to help you”
Never play the game pets on Tagged.com or/Hi5.com owned by same company same program. It is an auction where you buy other people's profile picture. You try to out bid others for others profiles you want to keep. First they let people make as many accounts as they want. They let people use programs, so they can use the program to generate as much in game cash as they want or have the ability to buy a picture they want without have enough cash to buy it. I reported 2 people for buying each other over and over and the workers of the site said it is not a violation of the terms of service, of basically what the workers of the site is telling us is, it is okay to cheat when playing pets there are no rules, sounds fair, NOT. So, say I wanted a picture and didn't want anyone to buy it, I could use a program to make the price of that picture real high and no one could buy it. The other object of the game called pets is to be worth the most you want to be worth the most value, have the most cash, or have the most value in assets. Since the site thinks it is okay to cheat, why even bother playing the game right?

When you look at someone profile, or someone looks at yours you will get a notification that someone looked at your profile. If your a non paying member of the site it will show the person's profile face and say part of where they are from, if your a paying member you will get to see their name and where they are from. Some people take this as meaning, someone looked at my profile they are stalking me. Why even have a profile if you don't want anyone to look at it right?

When you go to search for people in your area, wrong it will not et you do that, if you pick the age and area you want, it will show people from all over the world with that age range, some times the age range does not work and you get anyone of any age.

Then there are people who make lots and lots of accounts. Why would you need more than one account? I know a few who have more than 10 accounts.

One bad thing about the site it when you make account they do not give you the option if you want to play the game pets they automatically throw your profile picture into the game, doesn't mean you have to play the game, but they should not even do that. They should give you the option if you want your profile picture in the game or not, instead of forcing it in the game. Not everyone wants their profile picture being passed around being bought and having total strangers constantly sending them messages.
Helpful (8)
Thank you

I was online streaming on tagged and time to cash our money turn to my account got cancelled they...