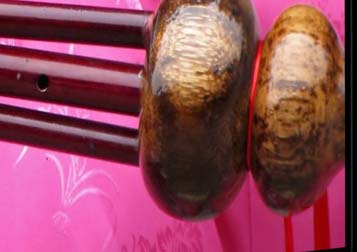 When looking for a new casual diner that has a good breakfast, a friend suggested the Eastside Diner on SR 70 in Bradenton, Fl. I live 5 minutes from their location, and had been to the nearby stores dozens of times, and could not recall this place. That's because it just opened in May of 2018, so I just missed it. Since I found this great place to eat, I have had breakfast many times, and lunch less often. Easy to see that Eastside is family owned and operated. Gotta' suggest the BLT for any lunch time treat. They use Applewood bacon, awesome. Just about can't go wrong with anything on the breakfast menu. Service is very good, and prices won't disappoint. This is my go-to spot for a quick and delicious meal.

Helpful (1)
Thank you
Wings N Weenies
417 Views
“Had a wonderful breakfast with hair in it.”

Have had breakfast and lunch in W&W many times. Recently, as I was finishing my eggs, I noticed hair on my plate. I had the waitress show it to the manager, and was told my breakfast was free. Oh, but I had to pay for my drink. Really? And wasn't even offered an apology. Have eaten there many times, generally good food, but to not even get a "we are so sorry. How about a couple free meals for your trouble", I have found a new breakfast place.

I have dealt with LPAC for several years. I recently needed a new coil for my four and a half ton A/C unit. Because LPAC had been servicing the unit, I used them for the repair. I was advised by the installer that I would be better off with a new A/C, but I did not want to go to the extra cost. Bad mistake. The coil was installed, and lasted just long enough to go out of warranty before it failed. Wayne, the GM at LPAC, worked with me the best he could, but still costly. Long story short, the coil failed three times before I finally decided to have the entire unit swapped out. Because of all the trouble I'd had with the coils, Wayne gave me a good deal on a new system. He even supplied a portable A/C unit that kept my wife and I comfortable 'till the installation could be completed. It was in and done in two days.The installer, Anthony, arrived on time, about ten a.m. I asked him where his help was, and he assured me that he could handle it. And he did. The job was done in six hours. Couldn't be happier. Go to my next Sitejabber review, and get the reason for all the trouble with the coils.

I purchased a new A/C for my home about eight years ago. After about two years, the coil in the unit failed, and had to be replaced. Again after the unit was out of warranty, the coiled had to be replaced again, at a cost of about $2500. 00. That lasted less than a year. After the fourth failed coil, I had a completely new A/C installed. Through a dealer, was told that Goodman still sells and manufactures this crap! Right now there is a class action lawsuit against Goodman. I can't wait to join. Goodman is located in Houston. If I were near, I would picket their facility. All in all, they cost me about four grand in repair costs.

Several months ago I took my '79 hot rod Chevy C-10 to Mad Mark's Stereo in Bradenton, Fl. To have some pretty basic fixes. I had just purchased the truck from a fellow who was leaving the state and couldn't finish what he had started. The truck was lowered, shaved, chopped, and had a really sweet ground effects package. But the door poppers did not engage and it needed a sound system. I got a pretty basic stereo, because my intent was to get the truck ready and flip it. I was quoted a price of 834.00 and was ok with that price if the job was right. Before I dropped it off I asked the manager when it would be done. His response was "It will be done when it's done! That is when I should have bolted. But because time was important, I agreed. The next day I returned after being assured that the job was finished. Wrong! Not only did the door poppers not work properly, the stereo did not work at all. So after to talking to the owner, Mark, he said he would get right on it. After about two hours, he said it was ready. Well, kinda'. Halfway home the radio quit. I called later and was told I had an appointment for the next day, confirmed by Mark. When I came in at the appointment time, the manager (a real troll), said " We don't make appointments". After waiting for over four hours, a tech came to me and asked what channels I listened to on the radio. Confused, I asked why. He said that this system would not get many of the local stations. At that point, I had to pay 40.00 bucks extra for an antenna that would allow me to get reception. At that point I just about blew a gasket. As I was leaving the store, a guy who overheard my conversation with the manager troll asked me what's up? I just said, "get it in writing". I finally chased down Mark and said just get me the hell out of here. I never heard another word from these jerks, and good riddance!

I will make this short, as I do not want to get ill. I took my 20 year old Mercedes to Econo Auto Painting of Florida in Bradenton, Fl. The manager, Deb, gave me the price and I dropped off the car. When I came to pick it up, I should have made note of the sign in their office that read "Cash only. No credit or debit cards. I kinda' missed this on my first visit. Big mistake. In my career in the car business i have had dozens of cars that needed an inexpensive paint job, but for the most part I always new what I was getting. This was the worst I had ever seen. There was no shine whatsoever, and overspray everywhere. I did not ask for a 2 grand paint job for 400.00. I just wanted my money's worth. Deb had me bring the car back to make the job right. When I came back to pick it up, it was worse than the original work. They had actually painted over the black door and window rubber. They painted the sunroof shut! It is going to cost me twice as much as I paid originally to have the paint repaired. When I came to Econo I did not expect perfection. Average would have been good enough. What I got was total crap!. Since this happened, I have been unable to contact anyone who will even talk to me about resolving my issues. My attorney wants double what I paid Econo to get them into court. But I have a better idea. I can pay someone ten bucks an hour to picket their shop. Or, since I am retired, I guess I could do it myself.

Tip for consumers:
Only tip I have to add is if they won't take a credit card, stay away!

Service
Value
Quality
Helpful (0)
Thank you
CARiD
589K Views
“Worst customer service I have EVER had!”

After 30 plus years dealing with car restorations and repair I have ordered hundreds of car parts on line and mail order. I have had some disappointments, but most were able to be resolved. I ordered a bumper cover for a Mercedes from CARid. They outsourced the order to another company. After I received it, my installer said that the it was the wrong part, and could not be made to fit. After a dozen emails to CARid, and talking to five different "customer service" reps, all I am getting is the runaround. They originally promised me a full refund for the item plus refunding the shipping charges. None of that is happening. Neither CARid nor their supplier will take responsibility for their faulty merchandise.
Deal with CARid at your own risk.

Junk I had this furnace 8 years and it's rusting out the dealership is trying to screw me after I...