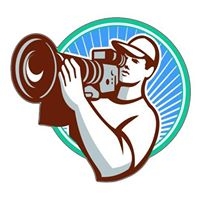 Yes, I still go to BestBuy just to see what the newest graphics card, etc. is that is available. I never buy it from them though!: P

I highly recommend Newegg for those hardware pieces for your next computer build or rig-updating. They have great customer service and return policies, which is critical for new builders and the like since sometimes the technology just doesnt sync together properly and you have to swap out parts.

Service
Value
Shipping
Returns
Quality
Helpful (2)
Thank you
TwitterBoost
“If you are looking for an alternative to Devumi, this is solid”

TwitterBoost is essentially the only other safe vendor I would use besides Devumi. I haven't had any issues or problems with TwitterBoost, but their prices are slightly less than Devumi, but most people are familiar with the many coupons and discounts Devumi runs which ends up making it cheaper than TwitterBoost in the end. For example, the coupon code "TwitterSentMe" takes 10% off your total and I've been using that coupon for years. Every month, they run at least one promotion which takes 25-30% off of a random product.

That being said, TwitterBoost is a reliable vendor of Followers and automatic engagements, which basically just get you a bunch of retweets and likes on everything you tweet. I've never had to deal with their customer service the few times I've dealt with them so I cant really review them, but just the fact that I've never needed to is a good sign.

Service
Value
Quality
Helpful (2)
Thank you
Google
“I first used them back in 2011. Their Twitter followers and YouTube views are the most reliable.”

I'm in an industry where I have to give a lot of artists and influencers "Social Proof", meaning I have to make them look like damn-near celebrities, even if they don't have a big active following. I flood their websites with traffic and their social media with signals.

I've tried a lot of vendors over the years, and Devumi is by far the best, but that's largely because they are the only company actually based in the US. Their Twitter followers have never dropped(which I can't say for other vendors) and I've never had a Twitter account get banned for using their auto-engagements(which is the MOST underrated Twitter marketing / growth hacking service I've ever seen in my life).

I am actually going to take a left turn here, because I'm sure a lot of people are going to Devumi for their Twitter followers, and that's fine(it's also how I first found out about them). Go ahead and get yourself some of their followers, but for the LOVE OF GOD, save some of your budget for their auto-engagements service. It is literally a GAME-CHANGER.

Imagine every tweet you ever tweet, either a reply or a random, individual tweet: now imagine it getting hundreds of retweets and likes... automatically... every. Freaking. Time.
That's what their auto-engagements program does. It's so good and so powerful, I honestly think Devumi should change their website just so it is highlighted as a more "featured service" which it isn't. It's almost hidden in their website, hiding behind the shadows of their regular Twitter followers and YouTube views that they are mostly known for.

Now, getting a metric boat-load of retweets and likes on your tweets is great for some reasons you can imagine, but for reasons you cannot imagine as well. Yes, it will make your Twitter profile look super influential. Yes, it will lead to even more engagement as people feel more comfortable retweeting and liking things they see other people already liking and retweeting.

Here is what you DON'T know: Their auto-engagements service will LITERALLY PUSH you up the ladder on "Trending Hashtags". Let me explain(this will be my "goodwill" action for the internet karma points) - you know those Trending Hashtags on the left side of your Twitter screen? You do know that most people end up clicking and searching there for what is happening, right?

Well, when people click them, Twitter sends back a big ol' list of Tweets that also use that hashtag, but the tweets WITH lots of retweets and likes are always, always, always at the very TOP of that list - and thus they gain the overall exposure of a LOT of people.

The auto-engagements continuously pushes you to the top of this list. I've gotten 8k visitors from a single tweet before(it was really high quality and relevant to the hashtag, so that definitely helps) but with the exposure potential that Twitter has to offer, it's a deadly and effective way to get yourself out there, and pull traffic from Twitter(which is obviously the name of the game).

I've had similar experiences with YouTube views, and there is a little bit of a difference here regarding YouTube SEO. Let me explain, for all your YouTube growth hackers or whatever you are calling yourself these days:

You can generally find two main services, either from Devumi or their many Chinese counterparts: YouTube views and Subscribers. Some also offer likes and upvotes, and shares, but that comes automatically with Devumi which is nice. They are usually pretty cheap anyway, but they don't actually matter because (in my experience) YouTube only rewards VIEWS with higher YouTube organic ranking.

That's right! YouTube subscribers have never moved my clients YouTube videos up for their keywords! However, getting YouTube VIEWS certainly DOES! The only thing YouTube subscribers are good for is increasing the "conversion rate" and subscriber rate of your videos, as when people see a channel with lots of subscribers, they will feel more comfortable with subscribing themselves.

They have got some other services that I've never tried, so I really can't review them, namely Pinterest Pins(or whatever they are called) and Vimeo views(similar to YouTube) and a few more I can't recall off the top of my head.

Overall, I've tried a lot of different providers. I've had cheap-o clients who I explained this aspect of my marketing efforts to, and they opted to go for cheaper, non-US based providers, and there seems to be a 25%-50% of looming disaster after a few months.

When you go with really cheap vendors, you get what you pay for, and YouTube and Twitter, and every other social network will take action if they see you loading up your social accounts with thousands of SUPER fake, bot accounts, that all have no profiles, no bios, and no history.

Tip for consumers:
You can use "TwitterSentMe" for 10% off. I have been using this coupon for years, and I think they forgot to turn it off! LOL!

Rich isn’t following anybody yet.

Never had a problem getting my parts from them even though the shipping was sometimes a tad...

I'm really only doing this for an entry. I'm sure they're legit though the rest of this is all...