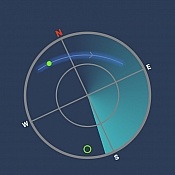 Researchkem.com
“Andrey Shcherbakov is the scambag behind this fraudulent Reseachkem website outfit.”
Paid this Ukrainian scamster $185, and was promised "3-5 day shipping after confirmation of payment". That was a month ago, and all Andrey Shcherbakov did was to harass me with threats when I told him I wouldn't be paying the bogus extra $190 this scambucket tried to tell me was for 'shipping insurance'. He uses a fake shipping/tracking company, Baltiklogistics, to make you think your' package' is stuck in customs (even though my ordered products were completely legal to purchase in the United States). He also runs Pure Research Chemicals and several other bogus scamsites.

The (virtual) New York telephone number *******969 listed gives you nothing but Andrey Shcherbakov's voicemail, which he never responds to anyways (since he definitely doesn't live in NY).

The fake chat session you'll get on his site isn't his 'hired personnel', it's Andrey Shcherbakov himself answering like he's got an actual staff, of which he definitely does NOT.

AVOID, or be Ukrainian scammulated...!!!