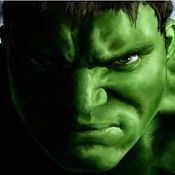 Not so much a web site review, even though they do have a site. I never had any problems with the site actually. My issue is with how the company is run.

I had a credit card issued by Washington Mutual. It was a good card. 7.99% interest for life, unless I messed up on the payment schedule. Well Chase bought them out. You can probably guess the rest. It started with a bump in interest after the buyout. Then it went up again, and again, and again. Call and cancel the card and inform the phone rep that as to why. I told her when Washington Mutual owned the card, it was a good card and I had no issues. But when I found out Chase bought them out, I knew that they, Chase, were going to mess up the card, and they didn't disappoint me there.

Well the problem was I had a balance from the card when it belonged to Washington Mutual. It carried over. Well for those of you that think slavery is dead in the US, it isn't. The majority of the population, and I am guessing it is over 95%, are economic slaves, and the financial institutions want to keep it this way. The biggest difference between slavery when the civil war was fought, and slavery now is that back then you had to house and feed the slaves if you owned any. It cost you money to do this. Now you are forced to house and feed yourself. The financial institutions of this country are making us all slaves to them. Payments you can't get away from, late fees, overdraft charges, the water is wet and the sky is blue. You get the idea.

Back to Chase and to why avoid them. I pulled out some money from savings and paid off the card. The check cleared almost 2 weeks before the payment was due. I checked the account after the check cleared
And saw that my statement read a balance of zero. Fast forward 3 weeks. There is an interest charge on my card, AFTER the balance was paid off. Well calling and talking to a rep, who for the most part have to be polite, I couldn't get it through her head that the balance was paid off and there should be no interest charge. I got the, "If you paid it off the month before then there would be no interest charge." Nothing I could say could get it through her head that this charge shouldn't be here. I told her that, and keep in mind this phone call was recorded, supposedly, that if I am late I not only get hit with a $40 fee, but my interest rate jumps to 30%. Loan sharking is illegal, but it is okay for banks to screw people over like this everyday. The biggest problem is we have a government that allows this to happen.

I told her I never want anything to do with Chase again, the only other thing I want is a statement that shows my balance paid off. Don't contact me, don't email me. The owners of that bank could screw up a one man
Parade. She apologized, which shouldn't be her job to do that for other people. What I believe happened is when Chase found out that they weren't going to get the amount of interest from me that they were counting on, they decided to hit me with a fee and say it was interest. I told a friend of mine about this and she told me that Chase did the same thing to her daughter. Her daughter actually went to a Chase branch and paid them. Was even told by the bank rep that the balance was paid off, and had the receipt to prove it. 3 weeks later she got an interest charge.

To sum this up, I am boycotting Chase and advertising this on the back of my car. If you have any money in this bank, pull it out. If you owe them any money, get a loan from another bank, not Citi or Bank of America as
They are just as bad, and pay them off. Don't let them invest your money because I bet that you are getting charged a fee for allowing them to invest your money, even if it is an IRA.

The email that I received from this site went straight into my junk folder.
Strike one. I never set up the filter for spam in this account so apparently hotmail decided that this site sends out spam.

Continuing with the process, it started asking about my education level.
Strike two. That information is on my resume so any business that gets my resume can have it. A job search site doesn't need it. I know, they need it to match you to jobs you're qualified for. Right. If I want to apply for a job as a CEO, I should be able to do that and I don't need a career site to tell me I can't.

Then comes the address, city, which it already picked out because it has my zip code, and phone number.
Strike three. Job sites that you register for on the internet, DON'T need your phone number, especially if they want to know your education level. Once again, that can be given to the prospective employer IF your resume gets that far.

And NEVER, NEVER, EVER give out your social security #. This site never asked for it so bear that in mind. This point I am making as you should never put that down on an job application, UNLESS you have interviewed and it is the only thing stopping you from getting hired. It is possible that your job app can be laying around and someone might find your information and use it. Next thing you know 27 credit cards and a mortgage have been taken out in your name.

It is also fair to note I did not take the career test. I didn't feel that livecareer.com needed my personal information for me to be able to take the test.

Yashira H. – LiveCareer Rep 1/22/20
We appreciate you sharing your experience with us, Richard. We strive to deliver A+ customer service and apologize if we haven’t met that standard. We’d like to help you address your concern so you can have a great experience with us, please contact us at https://www.livecareer.com/contact-us
RegionalHelpWanted.com
“Another job search site”
Another job search site. You need to watch it on this one. Usually if the employer has a little logo in the posting and you apply or want more information, it will ask you to log into the site directly. This is usually good.

However what appears to be happening is other job registration sites are taking valid business in the area, and using them to get you to register on THEIR site.

An example...
I found a job in the IT field so I clicked it for more information.
It took me to the next page with a job description and list of qualifications.
From there I clicked 'Apply to this job online'
--Here it should ask you to log in--
It didn't and directed me to another site called topusajobs.com that had the job I was interested in on the top and below that a bunch of 'similar' positions available
Click 'Apply Now' on the job I was interested in
That takes you to Job.com and they want you to register on their site.

Only twice was I asked to log into the actual job site I was on, regionalhelpwanted.com. Other times I was directed to other job listing sites. The trouble is they are using actual companies in the area to get you to try to register on their job search site.

Best advice I can give, and I know this is more about the area I live in, is do a search on the company that this site says is hiring and apply directly on that companies site. I am betting regionalhelpwanted.com is nation wide so use it and any information you find on it very carefully.

Now this is getting pathetic. If I go to monster or hot jobs or some of the more major job sites, I'd expect this to happen. But I was looking at the help wanted adds for my local town, which is not that big, and there it is. Another work at home, make a bazillion dollars a year posting, and only, get this, 23 more people are needed and they need $9.95 to get you started.

No wonder people have given up job searching. It is easier to collect unemployment then to have to go through all this crap. It is my hope that people aren't falling for this anymore, and these sites will just get pulled.

Yet another $9.95 investment opportunity. At least they tell you this up front. These sites are popping up faster than you can report them.

The only people that are making the kind of money that they claim people make from using their system, are the people running this scam in the first place.

I know nobody, or virtually nobody gives out something for nothing. But NEVER EVER give out your credit card number to any site like this. They may have different names, but they are all the same. If it was that easy to make money, this country would be full of millionaires and there would be no recession or poverty.
Helpful (2)
Thank you
Joined.com
“Add joined.com to the list of phishing sites”
Add joined.com to the list of phishing sites. The 1st page is just standard and they don't require a phone number or address. The next page, I am guessing it is based on your 'education level' selection, would like you to allow an online school to contact you. That requires a phone number.

Note to everyone out there. You have probably come to the same conclusion that I have but if a site asks you anything about your education in the initial section where you fill out your information, avoid it as it will be a scam.
Helpful (8)
Thank you

I had The worst experience I have ever heard with any banks. Chase is not loyal to the customers....

Chase Bank doesn't care about their customers during the pandemic! Debit cards still have to be...