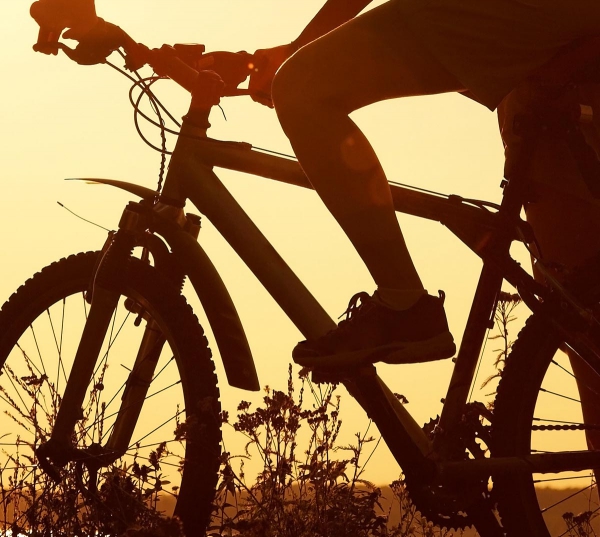 The customer service is pathetic once they have their money. And NOT working people friendly! In the store was fine, but after that things fell apart. We went into the store and Patricia helped us. We ordered about $3000 of furniture on January 12th. Delivery was set for January 17th, so we took off work. The 17th came and everything was fine except the loveseat was the wrong color. The delivery driver just laughed and shrugged. We called customer care and requested they deliver it the next day. The lady on the phone gave us a lot of attitude, but finally agreed to add it on to Friday's delivery schedule for after 1:00pm. So we had to take off another half day of work. Low and behold the delivery people came at 11:00am instead of 1:00pm. Well since they were supposed to come after 1:00pm and decided to come two hours early, we weren't home yet. We offered to open the door lock with an app but they refused to deliver it. So we called back and were told they would reroute the drivers back that day. But nobody showed up. So today, January 19th, a full week after purchase we still don't have our loveseat. We called again today and had the unfortunate experience of talking to Shaunice (or Shauna?) and Bree. Shaunice had a "don't give a flying f* attitude" and Bree made it clear she could not care less. Neither woman made an effort to help us get our item in a timely manner, neither had good customer service skills, both refused to allow to speak to the delivery manager, and neither cared about making this right. In addition the general attitude and tone of voice Shaunice used was abhorrent. They both offered to ship it to the store, but claimed the truck for Tuesday was full so it wouldn't be able to be delivered to the store until January 29th. Since we have jobs (because how else could we afford furniture), we wouldn't be able to pick up our loveseat until a FULL 3 WEEKS AFTER PURCHASE! That's unacceptable! Like most people. We work Monday-Friday, and it's not easy to just skip work. But Bree and Shaunice could not care less. BOBS refuses to deliver to our area (Calvert County) on Saturdays when we are actually off work and could take delivery. Truly pathetic. Perhaps if Shaunice and Bree have so much disdain for customers, are ineffective at problem solving, and are unable to deliver adequate customer service, they should find an alternative career choice. Terrible all around. And we still have NO SOLUTION TO HOW TO GET OUR LOVESEAT!

A WARNING TO ALL THE STARRY EYED, IDYLLIC NEW HOMEOWNERS: Veterans United has ruined our lives. They claim to be dedicated to the military and veterans. They are NOT! When unique challenges of military service complicate things, they turn their backs on the very veterans they promise to help. After 5 years of being loyal customers, with a perfect payment history, Veterans United is poised to ruin everything we have built in our adult lives. We bought two homes with VU, and loved the company, they were wonderful. We had every intention with buying another home with VU. Then, after 5 years, we received orders and put our home on the market. When multiple potential buyers of our home couldn't get financing, and the housing market in Hawaii crashed, we were forced to PCS with our home still for sale. With a short term rental secured until our home in Hawaii sold, and we could buy a new home at our new duty station, we were still hopeful. Unfortunately we took an almost $4,000 a month pay cut when we PCS'ed, and the cost of our mortgage in Hawaii and rent in our new duty station became too much. We called Veterans United multiple times explaining the situation and asking for help while we struggled to pay both rent and our mortgage. We were assured we could get a short term forbearance and suspend payments until our house sold for up to 6 months, problem solved. Renting our home in Hawaii was not an option since we were going planning to buy at our new duty location. In the interim we accepted an offer on our house in Hawaii. Knowing we had a closing date, we called VU again and they said the forbearance was set. Trusting the VU on that call was our next mistake. They said the forbearance we taken care of on our account and they would send over paperwork to sign and it would be done. Instead they reported our home 30 days late to the credit bureaus, tanking our credit 100 points. We called again and explained that due to our required military ordered PCS we were forced to relocate and couldn't pay both rent and mortgage, we explained our home was in escrow to be sold, and we explained we had been told by VU we were in forbearance and payments were suspended. During this call they said "we are sorry our associate told you that, but there's nothing we can do to help you." They then told us a forbearance couldn't be completed until AFTER we closed on our Hawaii home because there wasn't enough time. We called again on another day, and they were equally unhelpful. The associate said "If I had a magic button to fix this for you I would, but we have nothing we can do to help you." He so said "Why didn't you ask for help in July?" He then said "Can't you just get a family member to pay us?" Guess what VU, we tried to reach out to you for help! And we were told several weeks ago we were granted a forbearance to suspend payments! We are closing on selling our Hawaii home on October 5th, so we told the associate that everything would be paid off then. How could there seriously be NO programs to help servicemembers who are forced to PCS and now stuck paying for mortgage and rent?! Then associate we spoke with today said, "Nope, we won't close your account the day you sell your home because we won't get the loan payoff money that day. And if you don't pay us by the 5th we will report you to the credit bureaus for 60 days late." So even though the home will be sold that date, they're still threatening to report to the credit bureaus. Meaning we won't be able to buy a home again for years, if ever, and our credit will tanked so badly we won't even qualify to rent. So thanks to VU we may soon be homeless. On September 27th, we paid August and September payments in full. We were told if we paid them, the 30 days late would be removed in a goodwill deletion/pay to delete. Now VU is refusing to do this. I had an interesting, unhelpful conversation with Josh today. Even though our account is current, so far he's refusing the fulfill the goodwill deletion adjustment. So we moved Heaven and Earth to bring our account current in good standing to accomplishment h a goodwill adjustment pay to delete and now VU is pretending they can't fulfill this simple agreement. He said he'll be back to me in a day or two, let's hope he does something right on behalf of his company. Today my husband talked to a different Josh who was absolutely horrible to us! He said he's unwilling to help, supports us being homeless, and if I don't like it to hire attorney.

An investigation has proven that the affiliate servicing company has followed credit reporting procedures properly. We understand that you are in a difficult financial situation, but options have been provided and the servicer must adhere to all federal reporting laws and guidelines. If a hardship has been caused by military orders, you may have the opportunity to appeal the delinquency by mailing a written and signed statement to the following credit bureaus:

Rebecca Has Received 1 Thank You

Jamel W. thanked you for your review of VeteransUnited

“Thank you for this”

Bob's is one store I can definitively say I will NEVER shop at again. I purchased a pub style...

I've been extremely annoyed and frustrated with Bob's! The delivery guys were great, however, I...