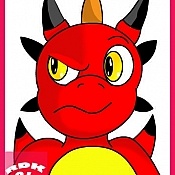 Sofurry.com
“This site degraded awfully and staff here are horrible”

Been a member of this site since before it changed its domain name. After a few years it began deteriorating in terms of user friendliness and staff abusing their power. Staff themselves love to try and intimidate anyone if they are confronted about an issue or disagree with their decisions, as well as acting quite upset if you make the mistake of engaging in an argument, along with being highly rude and uncalled for at times.

The site itself keeps getting errors and many times will be offline. Some of its features like the journal widget at times glitches and refuses to upload your entry. Staff here seems to simply ignore these issues more often than not and will set up excuses after asked why the site keeps getting worse.

Other features like its chat and message board are a cesspool of bullying and indifference. While the chat can be a bit more passive than the latter, it at times will have members and staff come down at anyone in a negative manner. Will also state these two sections also suffer from glitches on the site and will be down more often than not.

Overall the biggest flaws are its staff and the fact they fail at moderating and taking care of this site properly, often deciding to act boastful and obscene towards members while brandishing their status going as far as blatantly insulting you and even threatening with a ban if you refuse to comply. Got banned for these reasons and quite frankly I am fine on not ever coming back.

Tip for consumers:
There are far better sites to upload your work without being harassed out there.

Helpful (0)
Thank you
Fur Affinity
“Most horrible furry art site there is.”

My experiences on this place are truly degradable. Most staff here are indifferent about members who aren't part of their own little friend circle or highly popular artists among this fandom. Dragoneer did a number on me accusing me of artheft without any proof then decided to delete my entire gallery without ever consulting me about such accusations. I was banned shortly after after expressing my disdain on the matter. I am not the only one who voices such negative treatment from these individuals along with the fact the site seems to suffer from constant problems in staying online. Nowadays there are more sites where you can share your art and not be treated like trash.

I made the mistake of ever uploading anything there when some deranged folk began attacking my submissions and going on marking them for deletion for no reason other than to forcing me to leave. Staff never bothered to do anything about said bullying and even would support things like editing some of my work without my permission claiming such excuses like posts being months old. I was banned for confronting them about such crude ways of running their site and allowing bullies attacking others. All of this plus what has already been said from other reviewers. This site does its job if you want to find adult pornographic furry art, but it fails at being member friendly in all aspects.

RDK hasn’t received any thanks yous.

RDK doesn’t have any fans yet.

RDK isn’t following anybody yet.

I joined FA when I was 15 and I thought it was good, in hopes I was going to meat my friend...