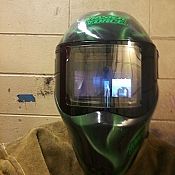 Game play is officially crap and that you lose over **************999**************999% matches than win matches. Plus their banning system is officially crap and highly unfair where anyone who gets mad for being on a crappy team and losing over 30+ matches straight get the ban hammer and the hackers are getting away with it with no penalty. And the rules that get people banned when they get mad is highly unfair to them when its the hackers that are officially ruining a good game. Also playing a tank that will be officially low tiered 100% of the time making you so useless that the frustration officially will create profanity in chat while in game. This game is so horrendous to play and that it is a super, poorly underdevloped game ever brought to existance. I say this game needs to be removed and anyone who puts money to a game like this should be given that money back.

Raymond hasn’t received any thanks yous.

Raymond doesn’t have any fans yet.

Raymond isn’t following anybody yet.

I stopped playing this game a year ago. Best decision I ever made! Abandoned all my gold,...