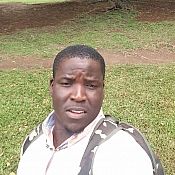 What u guys are talking about is scammers who claim to be support buddy and they charge u 399.99 for internet services like they did me. They $#*! your computer up then call 2 weeks later saying theyre giving refunds and need your acct info to put the money back. Like a fool, i paid them 399.99 cuz my computer was having problems. They installed some antivirus things on my computer. 2 weeks later i was having the same issues and when i tried to call them it took a while and when the person answered, u could tell from the background that u was calling a residence instead of a business which normally have reps talking in the background. I never received a refund and when i saw i was scammed i called my bank and reported it as fraud and they refunded me back my money. Then 2 months later, and up til today, i receive calls from those scammers claiming theyre from a refund dept and everytime i tell em im not interested and hang up and block their number then they always call me a couple days later from another funny looking number that starts with 201 or something. I make sure to never give these ppl access to my computer again cuz i have an idea of who the frauds and hackers are when they call. Support buddy does good work and are real (*******775) but the other guys are scammers. The real support buddy will never ever claim to have ties to windows or microsoft as theyre a 3rd party company

Rashon hasn’t received any thanks yous.

Rashon doesn’t have any fans yet.

Rashon isn’t following anybody yet.

I have not had a negative experience. I came to them after a botched job with GeekSquad. These...

I don't get all the negative reviews. I love their service. It's nice to get my computer fixed...