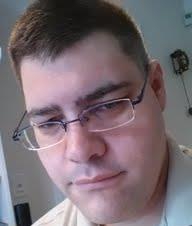 They promise high payouts and a $5 signup bonus, but you will never see either. They require $25 in accrued cashback before they will send you a check, but since your purchases never show up, you will never reach that. They keep all the money.

With dozens of cashback programs out there, don't waste your time with this one, regardless of their claimed payout commissions. You'll never see them.
Service
Value
Helpful (2)
Thank you
Raise
“UPDATED: 10/15: Raise.com discovered an extra account...”
UPDATED: 10/15: Raise.com discovered an extra account opened by my spouse which was the reason ALL of the accounts were suspended. My problem is they could have just suspended one account, or at least contacted me for clarification before suspending every account with absolutely no notice. After leaving a phone message I was contacted later that day by a friendly rep who cleared up the matter, but it should never have been handled this way in the first place. I'm bumping them up one star because of the CSR.

After placing about our sixth order (for a $200 Kmart gift card) Raise.com suddenly suspended my account as well as my spouse's account (with no warning to either), despite having built up at least a two month order history with multiple orders having no ordering or payment issues, as well as initial phone verifications.

We have been attempting to call to clear this up but only run into very long hold times and eventually you are sent to voicemail with no answer.

Several things disturb me about this:

1) Nobody bothered to call or write to inquire if they had concerns about the account(s) and nobody failed any security questions;
2) Both accounts have placed several orders with no problems whatsoever, and Raise.com decided to suddenly suspend accounts after we both placed several valid orders?
3) You cannot reach them by phone to clear up any issues (perhaps they mass-suspended accounts and now everyone is trying to reach them).
4) You don't find out your account is suspended until you place an order.

I find this extremely unprofessional behavior and it has seriously damaged the relationship and trust we have with this company. I can certainly understand fraud protection measures, but after reading the reviews here, they seem to spending far too much time hassling their paying customers and not enough dealing with the numerous examples of fraudulent sellers peddling gift cards bought with stolen credit card numbers that buyers find have been closed by the merchant.

We do business with at least five competitors of Raise.com, and none of them have proven to be a nuisance like Raise.com.
Service
Value
Quality
Helpful (2)
Thank you

We received your voicemail, and we’re glad to report that Raise Member
Services has since resolved the issue with your accounts. We’d like to
Apologize for any misunderstanding in our terms. All members are
Allowed one account, and any additional accounts created will have to
Be closed for use. We hope you continue to save at your favorite
Stores with Raise, and we’d be happy to answer any additional
Questions you may have about our marketplace.

Made a few purchases and the cashback never showed up in my account. Multiple attempts to contact...

My favorite cashback site is ebates.com. However, there are some sites that ebates isn't...