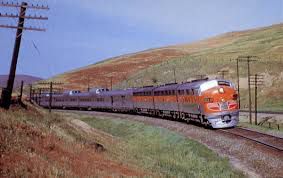 World traveler have been pretty much everywhere, a very shop wise person, always looking for a great bargan

Experienced in traveling, and shopping

Tip for consumers: It's good to compare prices on Amazon with other retailers prior to purchase to ensure the best price.

Helpful (1)
Thank you
3bhostal
“What a great find in Lima, Peru”
What a great find in Lima, Peru. A fantastic small hotel, clean and comfortable rooms, located in a fairly quiet and upscale area of Barranco, very close to Miraflores. The staff is so friendly and helpful, always a greeting, a good morning and a smile. A freshly cooked breakfast is prepared each morning with many choices to choose from. Free WiFi is a plus, this is a non smoking hotel. Security is a plus even though it is in a nice area. Walking in the area at night, going to or from a restaurant or just taking a walk is safe. I felt very much at home here, and so will you.
Helpful (2)
Thank you
Booking.com
“Have been using booking.com for many, many years”
Have been using booking.com for many, many years. I have never had a problem with their web site. I always compare their price with the hotels price. I find the hotel descriptions and amenities are generally the same. Also the extra information that booking.com provides has certainly been a help. So far so good and hope that it continues that way.

Tip for consumers: Always do your homework. Once you check the information on the booking.com web site I always check the information on the hotel's web site, if the price is the same and policy is the same than I book directly with the hotel. Many hotel's do not have a web site of their own and that is when booking.com comes in most handy. No problems ever.

So I just want to start by saying it sucks that my local applebees no longer offers half of apps...

Last night me and my girl friend decided to stop at the Applebee's in Newnan, Ga (Bullsboro Drive...