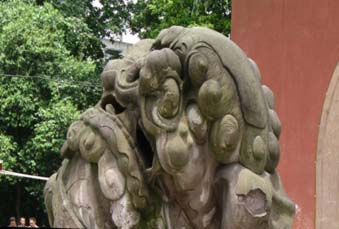 Kidde
“Do not Buy Kidde Smoke/co Alarms”
I purchased and installed four smoke/co alarms from this manufacturer and am so disappointed that I'm posting a negative review and warning wherever I can.
These units have given false alarms (the last in the middle of the night) and give no post-event indication as to which unit was activated or why. This wouldn't be so bad if they were they old style of annunciation, but these alarms have a very loud audible alarm and a flashing strobe - the effect is very effective, but also quite frightening. You don't go back to sleep after one of these events, but worse still the next event could be misinterpreted as a false alarm rather than an actual fire.
I tried to get help from the Kidde Product Support, but was given what I felt were excuses:
Firstly that I should clean the units every six months (the first false alarm was only one month after activation).
Secondly that the alarms can be triggered by surges or drops in power and also power outages.
Since surge, drops and outages are common and a part of domestic power systems, this would make the units unfit for purpose. This I tried to explain to the "Support" person, but he only reiterated his statements (I felt I was being given excuses rather than actual help). I was eventually hung up on and could not get them to answer the call afterwards.
Smoke and co alarms are a critical and required component of any residence. There function is primarily life safety. I find it incredible that company that specializes in life safety equipment would seemingly have such a disregard for it.
Thankfully the wholesalers where I purchased these will take them back. I will not be buying any Kidde product again.
Helpful (1)
Thank you
SmartBuyGlasses.ca
“SmartBuyGlasses = Scam!”
Ordered a pair of Ray Ban sunglasses from this website.
Delivery was received from Hong Kong and the sunglasses were not authentic, but a very clever copy. I imagine that there a many customers that don't realize they've been sold cheap knock-off products for the price of the genuine article.

Following delivery I received an email asking for a review of the product. Hmmm.

After reading many online posts re this company I'm doubtful that I'll see my money back or the genuine article, only run-arounds.

I should have been suspicious when they asked for identity verification at the time of purchase.

Tip for consumers: Don't be dumb: don't order from SmartBuyGlasses

Guys, be very careful when you are shopping, i paid 1305Sek for sunglasses in April till now in...