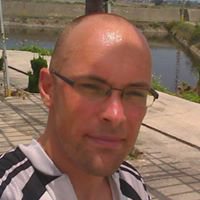 Backstory: I had been using WordPress multisite to centralize the management of around 10 sites. However, there was a lack of plugins to provide much of the necessary functionality I was looking for. In particular there were lots of WordPress plugins that just didn't work with multisite or required tweaking to make them work. On the other hand, plugins that were specifically designed for management of multisite were rare and oftentimes quite hacky. It wasn't too serious as the websites I was managing were all mine and not heavily trafficked. Downtime was not an issue. It was a hobby.

As I was looking to expand the web business into something more formalized and start taking paying clients, I realized I had to nail down the stability and capabilities of the whole network. There were many times when bugs introduced through plugin upgrades would bring down the whole network. These would take hours to track down and fix. This is the downside of the leverage of handling all sites centrally.

I was aware of the involvement of the founder of WPMUDEV, David Farms, in the early development of what was then WPMU. In particular, the Farm's theme pack was a set of themes that absolutely worked with MU, which was unheard of at that time. I had also seen some of the plugins from WPMUDEV come up when looking for necessary plugins for multisite. The plugins they offered were all tested with multisite. I had never paid for a plugin until this point but wanted a lot of the plugins they offered. I bit the bullet and signed up for a years membership. It worked out at around $20 per month (but paid up front for the year). A fairly small fee, but for a starting business, still an expense.

There is still a learning curve and a lot to do to get everything sorted out. Everything is there, but you still have to implement it. At first, being averse to reading instructions first, I tried installing various plugins one by one, but later found they had a dashboard to install all their plugins. So after installing that it's a breeze (just click). That is now the first place I go to look for the plugins I need now (actually I use Google and then find the results on their site). The sheer volume of plugins gets a little overwhelming at times, but that's just research that needs to be done.

Currently I have 130 plugins installed. 75 are from WPMUDEV, 15 are from StudioPress, and the rest are big name free plugins like Jetpack and WordPress SEO. Being sure of the quality of the plugins helps keep my network going smoothly.

There are really two parts to the WPMUDEV membership. Those are the support and the development.

On the development side I feel so much more at ease knowing that the vast majority of the plugins I am using have been tested before updates are pushed out. How much testing is not known, but I do know the most important thing for me, and that is those updates will not BREAK my network. Of course there are often bugs to iron out (that's normal), but nothing catastrophic or anything that would cause my clients to lose trust in me, or me to lose trust in WPMUDEV. The plugins work as stated and are generally without fluff as they were designed for a specific purpose. I no longer worry about hitting the "upgrade" button, and I don't schedule upgrades for the weekend so I can throw hours into fixing everything when it breaks. Also, because of the generous terms I can run two mirror networks, do an upgrade on the testing network before making the changes to my primary network.

On the support side. The forums are for paying members only. Firstly, let me state what this is not. This is not a direct line to a developer who will do everything for you (although some will dig quite deep to help you out). You'd need to pay a heckuva lot more for that. What you do get is a forum where there are people who will help. It's sort of a "super forum" as there is something in it for the mods so they put in effort. The devs and members on the forums really do want to get to the root of the problems and will try their best, and occasionally a plugin author might step in for something when it seems necessary. I've used a few snippets of code from the forums to solve specific issues. There is also an option to allow a mod to get access to your site's backend. I have never needed that and am still reluctant on the whole, but other members appeared to have had their issues sorted out this way.

Overall I'm very pleased with the service I get which is essentially developer support and plugins for a fraction of the cost of a full time developer.
Helpful (7)
Thank you

I received great service from Paul, once again you saved me a lot of time and hassle.Thanks so...

This service is great! I started using this service as soon as it was developed. I haven't been...