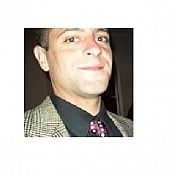 Volusion
“Volusion = Scammers and Frauds; Avoid at all costs!”
Volusion and their subsidiary credit card processor defrauded my business out of over $40,000 USD.

They had identified us as a smaller company that was dependent upon monthly revenue in order to make payroll and purchase inventory. They literally stole the money right from my company bank account using a fraudulent chargeback, then started to withhold all sales revenue until I had no choice but to close the business.

The only money we had to pay attorneys to fight them they had already stolen, and by cutting off our revenue stream, they ensured that there would be no legal recourse for their criminal activities.

Volusion is a company with a sleazy culture, that is willing to defraud and steal from its own customers in order to make their own ends meet when hard-up for cash, and/or satisfy their own unbridled greed.

Their chargebacks were entirely without basis, as was their theft of all sales revenue following their chargeback fraud. All of our bills owed to Volusion were paid on-time and in-full. They had no justification for what they did to my company that I spent half a decade building and was dependent upon to support myself and my family.

The screenshots were courtesy of the Wayback Machine. They prove that the website in fact existed between 2011 and 2014, and that it was "powered by" Volusion.

Tip for consumers: Tip for others who might use this site? Don't.

It will cost less in the long run to switch to another provider than it will cost if Volusion decides to target your business the next time they decide to victimize one of their own customers and steal enough money to shut down the business and prevent any legal recourse.

They are liars, thieves and frauds. Do not trust them. If you already use them, switch to someone else. If you are trying to select a provider, use someone reputable.

Volusion was great in 2016 when we started our company, but then recently started charging us...

Charged for 2 months in a row after cancellation. You cannot submit a help ticket and cannot...