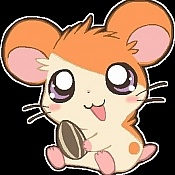 Wrangler
“Disappointed with my experience”
I had recently placed an order with wrangler.com and let's just say it was a let down. Their clothes are well made so this review isn't even against any of the apparel. To begin with, the order seemed to have been going fine with a confirmation email was sent and a "shipment" notification the next day. A week came and went and UPS tracking had never changed. Instead, the only information they gave mentioned that they were still waiting for the package themselves. A telephone representative later confirmed that the items had not been moved (although being very kind). So basically wrangler.com is marking items as shipped knowing full well they haven't done anything with them. Dishonest business practice....
Helpful (0)
Thank you
UPS
“Consistently poor service”
As great as UPS use to be in the past, the shipping service overall has gone downhill. After being informed of package set to be delivered this week, the scheduled date went by without any update. Soon after they claim to have attempted delivery which was far from the truth. Speaking with drivers on the route was just as pointless and each claimed they knew nothing of it and even at one point lied saying it was already left. Their online customer service did not want to be bothered in the least and it now seems that they've dropped it off at an access point in necessity for what was best for them. Even more proof of the games is a representative was called and said they would return the call in an hour and never did. It seems like they're trying to pin this on "severe weather" now when there's absolutely nothing going on. 2 Attempted deliveries and over a week of being in transit? Stick with FedEx!

Helpful (0)
Thank you
Funko
“Great service and products”
Overall, the company's website is worth checking out. Funko.com carries the pop vinyls of the same name, t-shirts and other various collectibles. Their shipping time and communication is pretty good too. Just be prepared to deal with high traffic on the site on the days exclusives are put up!
Helpful (0)
Thank you
Circlered.com
“Would gladly do business with them again”
This website has a great selection of anime and video game merchandise. They are consistently updating their stock too which is great. Their customer service is open to answering questions before placing an order as well. Recently ordered from this site and they sent it out quickly and came within the following day. Thanks for the great experience.
Helpful (0)
Thank you
Kidrobot
“Awesome website and experience”
I recently contacted kidrobot in regard to an order and they were very helpful. Their chat representative was extremely understanding and helped to resolve the issue. Otherwise, their products are among the best and I look forward to seeing what they will sell in the future.
Helpful (1)
Thank you
OfferUp
“Not Worth Checking Out”
Do not waste your time on Offerup. I've had two occasions where I've emailed a seller to purchase their item lot and those individuals were completely incompetent. I waited over a month to hear back and even messaged questioning what was going on. Long story short, I reported these sellers to customer service and they've done nothing. It seems like they're more then content to have fraudulent sellers on their site. Stick to Ebay or Amazon!
Helpful (0)
Thank you
MercadoLibre.com.mx
“Don't Bother”
This website is a complete scam. I messaged a seller asking for shipment to the United States since they seemed to be fine doing it for someone else. Ironically enough, now they're claiming they don't ship here when they already had. How can you do business selectively like this? This isn't the first time this has happened here either. Horrible way to run a business

Perry hasn’t received any thanks yous.

Perry doesn’t have any fans yet.

Perry isn’t following anybody yet.

Once again, this sorry ass UPS driver did not attempt to even get out of the truck. I wait ALL...

Been waiting for my package for over 3 days when they said it would be delivered on the first day...