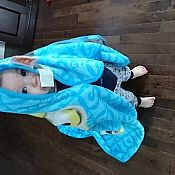 Tip for consumers:
Maybe I purchased the bad apple but the two parties involved could of fixed this problem so quick instead of being plain disrespectful to our family and leaving a death trap in our home.

Perry hasn’t received any thanks yous.

Perry doesn’t have any fans yet.

Perry isn’t following anybody yet.

Have made multiple purchases from Northern Tool and Equipment - good website, easy to navigate...