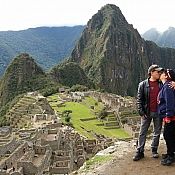 Splitsville
“Worse customer service and discriminatory treatment.”
My name is Lourdes T. Blest, and I went to the splits of Splitsville Luxury Lanes with my husband and my children on January 27, 2018, to celebrate my wedding anniversary, and we received the worst customer service. The waitress (Amber) and the manager (Skyler) discriminated against us because we are Hispanic. Even the manager told us that if we wanted to call the police when he was wrong about the situation, he merely sided with the waitress without asking us what happened.

We arrived at the bowling around 10:18 pm, and we paid for the bowling line. The clerk who took us the order from the bowling alley told us that he was about an hour away and he gave us a buzzer beeper to let us know when our turn came.

We started walking and went to the second floor. It was our first time in the place, and we were walking to the pool tables without looking around. Both pool tables were occupied, one of the parties left the table, and my husband asked if we could play, they said: "Yes, of course."

My daughter, her husband, my husband and I started playing. Suddenly, the waitress (Amber) asked us if we were ready to order drinks or food. She was rude from the first moment she came to us.

We ordered some drinks, and she took the order in a bad mood, her body language was uncomfortable for us, but we did not mind until she brought the check with the drinks and $ 16.00 added for the use of the pool table. We never saw anywhere the price of the use or that we were in an area of special events without being invited, nobody was there, except some paramedics who were carrying someone in a wheelchair.

The waitress never communicated anything to us and gave her manager the worst image of our family, because since he (manager Skyler) approached us, his first words were: "So you do not want to pay the table, right?" He never showed up saying, good night, my name is Skyler, I'm a manager or something, he just said, "You're going to keep playing, or I'll kick you out of here." If you do not play, I have to get you all out. So, am I taking this off the check?

He saw us that we were Latino and we felt that he was discriminatory and embarrassed us in front of our family. We explained very well that we did not know about the special event or the rates of the pool table. We were just killing time while we waited for our bowling alley. In addition to this, the last players of the group allowed us to continue with their pool table. Manager Skyler agreed to eliminate billiard table fees. Then, we went down to check our bowling lane. We were there to have fun and enjoy a magical family night.

We were ready to ask for more soft drinks when manager Skyler came down, and the first thing that came out of his mouth was that he calls us "thieves." Also, we were leaving with your check unpaid, and we were doing something illegal. He even asked us if we wanted to call the police. On top of that, they automatically added a $ 5.00 tip to the worst waitress who also spilled the drinks on the table and did not even bother to clean them. I never felt so mistreated and discriminated against in my whole life, and they also called me a thief.

We told Mr. Skyler that we went down to the ground floor to control our turn for the bowling line, we were in the same building, we still were not leaving the place, and he still calls us thieves. We asked Mr. Skyler for the name of his supervisor to escalate this problem. We asked for a senior management department, but he said no one had a superior degree of him. We insisted, and then he called another supervisor on duty who heard our version of the horrible night we were going through and finally, he apologized. We paid the check but refused to leave a tip for that disrespectful and discriminating waitress.

The second manager, even who was polite and professional, did not solve this horrible experience we had in this bowling at the Disney Springs facility. Waitress Amber and manager Skyler ruined the magical experience we expected to have. I would never recommend this place to someone who is not American because they will also be discriminated against.

This service was the worst of the worst customer service of all time, and I am making it public to avoid the same situation to another family that just wants to have a magical quality family time at Disney Springs - Splitsville because they will not have it.
Helpful (0)
Thank you

Percy-Techy hasn’t received any thanks yous.

Percy-Techy doesn’t have any fans yet.

Percy-Techy isn’t following anybody yet.