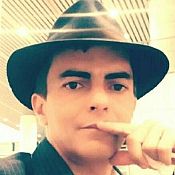 RT - Russia Today
“Iconic. Atomic. Ironic.”
Russia today is a slap across the US's face (which was already in grave danger). The Russias are simply ruthless. They take on the Americans on the same game that had led to their defeat in 1991, but this time they've learned the ropes. And how: RT is rocking the media boat as professionally and impeccably as their Yankee counterparts, adding a touch of their icy flare.

So everything comes to the surface, all the information from all the forbidden nooks of American-dominated medias in the US. What was alternative, with RT appears the norm - and a more 'sober' normality, as many have started to realize.

IIf the Americans pride themselves on being "cool", RT retaliates in kind, with a sober style. Political correctness flies out of the window. It's merciless. It's a glorious show in the arena, and a part of the audience have chucked the emperor into the fight. They didn't expect it: "you... do this to US? There will be blood!"

If this was a game of poker, RT would look like the guy with the stone-cold nuts who keeps a cocky attitude, which induces his opponents to try and bully him off the pot. Explosive situations, that also can end with a disastrous all-in.

The American hysteria over a network that is "lying" is, at least, a competent opinion. RT plays this card to the audience, and with splendid nonchalance, in the backdrop of a relaxed atmosphere that pervades network's anchormen, the reporters, the hosts, and even the craziest guests. Sheer FUN throughout.
Helpful (2)
Thank you

Peppino hasn’t received any thanks yous.

Peppino doesn’t have any fans yet.

Peppino isn’t following anybody yet.

Good to get the other opinion sometimes. Some don't realize how bias western media is. RT, is...