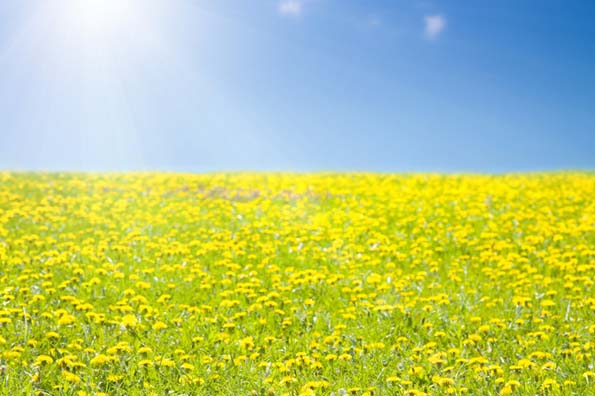 While I enjoy using Dramamine to assist elevating the occasional nausea or dizzy spell that is brought upon by a virus it makes me too sleepy. I've tried the non drowsy version and it doesn't make me less drowsy. So for 24 hours I'm impaired with mild sleepiness. The longer I take it the more agitated I get and less pleasant to be around. I wish Dramamine would place all their reported side effects on their labels. I had to google that one and read other reviews. I also get the dry mouth which causes me to cough. People are so paranoid with snot and cough that they think you're sick so they harass you for a single cough.

Helpful (2)
Thank you
Lee
“They changed their styles.”

As much as I love the Lee jeans I can't bring my self to purchase them any more. Several years ago they switched to skinny. Since they switched to skinny and stretch fabric none of their products fit me. None. Their styles are not realistic to the average individual. I swear I've tried every possible pant and style in my local store and none seem to fit. They're either too tight or way too big. I'm saying good bye to Lee jeans and finding another brand.

I have never had any issues ordering from lee.com. It's been years since I've ordered jeans. My old pair is wearing thin and about ready to give. I went searching for a new pair of pants and I can't seem to find a pair that fits. Despite lee.com does a wonderful job and has excellent customer service I'm no longer supporting Lee jeans since they decided to change their styles. Been a life long customer but I guess it ends since I can't seem to find a style that fits me.

Helpful (0)
Thank you
PissedConsumer
“They won't read it.”

Just another place where people can post their complaints online. How valid they are is another question. I generally never get a reply from the business.

We had an elder cat that went down hill and we shortly had to put him down after a rover sitter did a terrible job taking care of him. His health was decent before the sitter took care of him. Then it went down hill. The sitter should have been zero stars but I believe they fudge their reviews. First bad sign should have been the fact we contacted sever sitters before we found the one we decided to use. Not only did he barely take care of the cat he didn't follow the instructions we left. When we came back the cat's "presents" (pee, poop, vomit) never got picked up and stuck up the house something awful when we got back. He obviously didn't scoop the cat box nor change the litter. The sitter gave him some cat nip but 3/4 of the container was missing. That's a lot! No wonder our cat got so sick. He had a habit of over eating and would puke. We learned smaller proportions. We'd place his meals in measured containers. We left enough food to have plenty when we came back but it was all gone. He puked half of that food around the house. The sitter trashed out our house and we had to higher a professional cleaner to get the house sanitary again. Sitter basically trashed out our house. We contacted customer support but no one cared. Apparently the company isn't liable for the sitter entering your house. You're liable for even allowing them access to your home. That doesn't seem right. Do your self a favor and don't use them. You're pet's life is at stake. Read reviews floating around the net. A lot of people loose their pets to this company. Don't use! They don't train their employees. It's higher then send them out. They don't even teach them respect to house sitting another house.
I forgot to add on: We told our sitter he could have free range of the food in the kitchen. He ate it all and pretty much emptied the cupboards bare. Good lord how much can one person eat or he decided to do his grocery shopping at our house. He left food plates every where and some of them had mold starting to form on them. He spilled on most of the furniture and did not respect the house he was watching.

While I enjoy shopping at discounted shopping stores I must remind you to watch the quality of your products. There's a good reason these products end up here. A lot of the time they're seconds for some odd reason. I may stop supporting them. Paying full price at a place like Talbots and getting longer use out of them.

This is based upon a 2014 experience.

I thank the land lord for opening up a unit for me. I enjoyed it for 4 months then it became hell. I will never do another apartment in my life unless I have no other choices. I only found about 5% of the neighbors decent people.

I lived here for a year and these apartments were run down, old, out of time, paper thin walls, ant issues, mold issues, neighbor issues. And all the problems that these things bring. I filed one formal noise complaint against my upstairs neighbor after 10 days of zero sleep. The land lord made me the hated neighbor for all 8 of my neighbors. I told her exactly who and she alienated all 8 of my neighbors. Thank you for that one. Next thing I know the down stairs neighbor started telling false lies about me to her kids. All lies. Spread rumors of how I was a "bad" individual. Yea thanks $#*!. I thought you were christian. You never knew me personally before the noise complaint. Hush up those lies before I sue you for defaming and slander. I'm a hard worker decent individual with high morals and values.

Appliances kept breaking down and needing repair. Paid extra for a washer/dryer unit and it was broken 5 weeks. Yea coin laundry again. I loved setting a whole day aside for that. Apartments were noisy from the traffic. Do not rely on this place for day sleeping. (Won't happen.) Walls are paper thin and you'll hear everything from the fart in the bathroom to the murmur of the conversation in a neighboring unit. You'll occasionally wake up to hear your neighbors screaming at each other in the middle of the night. Smells seep through the walls and the smell contaminates your stuff.

During the hot summer months no one sleeps. The units pretty much become a sauna and you hear people stumbling around their units unable to sleep due to the heat.

They do yard work at 2 am and it's unsettling hearing a lawn mower going off at that hour or people raking up leaves at that hour.

The land lord had the sign up be back at x hour for most of the summer and the for long hours through out the year. She was maybe out of the office 45% of the time.

My unit had an and issue and I had to submit a formal complaint. All they did was spray the outside with ant poison. All that did was send it inside and make it worse. Before I realized it I couldn't use my kitchen sink, couldn't use the bath tub for baths and was shaking ants out of things in the medicine cabinet.

As my neighbors noise issues became worse I was only using the unit to sleep and shower. I spent my day at work. Then found parks and malls to hang out at until they closed. Friends if they weren't busy. Around month 6 I was sleeping on my friend's couches to get a decent night sleep. I moved out completely into a house purchase on month 7. I decided it was cheaper to pay month to month rather than cancel it. Then terminate the lease.

(I originally took this down but this place literally scared me in some way.)

Peach hasn’t received any thanks yous.

Peach isn’t following anybody yet.

I ordered #4 boxes of GOAT MILK MP for an event that I was teaching children how to make soap in...

Everything was nicely packed, but I ordered the bath bomb kit, and the citric acid and my baking...