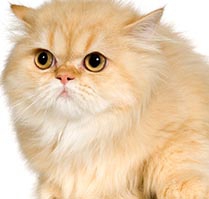 First I ordered a r11 driver and rescue club. They arrived promptly and I took them out for a round. The driver sounded very clunky and I took it to the pro shop where they told me it was fake. I'd also already ordered a Titleist lightweight cart bag. What a drama I had with that. The tracking of the shipping froze and it stated that the bag never arrived in Australia. I complained time and time again and they just kept giving me the runaround. The bag suddenly arrived a few weeks later and it was a cheap carry bag that had a picture of a paw print on it. A far cry from the Titleist cart bag I had ordered. Totally ripped off. This place should be shut down and all involved thrown in Jail for fraud!

I ordered a Callaway FT Fusion Authentic tour Golf bag from edan Golf. I received a bag that said...

Caveat Emptor. I allowed myself to believe their claims. I bought Ping Rapture V2 full set. The...