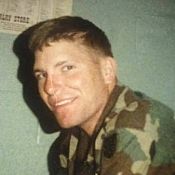 Funai.us
“Emerson television”
I bought a Brand new Emerson television from a Walmart supercenter store I had the television just over two years mounted in my front room, one day it stopped working, it was making a clicking sound but would not turn on, so had it checked out and it turned out It the t. V. had an electronic malfunction and I found out it would cost almost as much to ship and repair the t.v.as a price for a new one! I tried to contact Emerson with no results, I wasted almost four hundred dollars on an Emerson television that's junk! Don't make same mistake I did!
Helpful (0)
Thank you