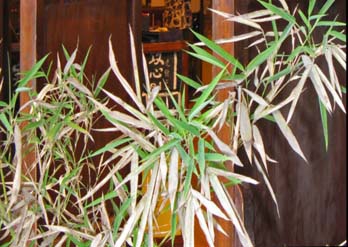 What happened to the internet? Use to be a mostly honest, easy, welcoming network. No more. NOt with controlling monopolies like Google who only care about profits and maintaining their control and privacy invading grip over everyone. Needs to be broken up and thrown the wind. The sooner the better. Nothing is free with Google any more, they just want to get your money. They have ruined countless good companies after taking the over such as Skype, which is now a hacked-by them-medium, not safe to use, nor reliable.

Helpful (5)
Thank you
City-Data.com
8.4K Views
“Another dishonest corrupt site, no surprise there...”

Arbitrairly deletes posts and accounts. They SAY it's spam but they define spam as anything they don't agree with. Sometimes they "ghost" your posts so it looks like they were posted when in reality they diverted them to the trash, without your knowing it. Bad moderators. Bad Admins. Do not contribute to this site as you are just helping dishonest bad netcops.

Microsoft is living proof that to be highly successful in the USA you need to be a thief. Billy boy gates who started this monstrosity stole most of the code from others. He had little skills himself in programming but was more of a sociopath than anything else.
Having had YEARS and YEARS to do it, MS still cannot produce a reliable, secure and bug free operating system. Now the company itself has become a hacker, injecting code into your windows without your permission or notice. Their software is so bad my advice is to avoid it at all costs. Ditto their so called "support". Learn linux, unix or go with apple, much better choice except that MS has a stranglehold over 3rd party software so hard to get any programs for free unless u use windows. Hopefully trump will break up some of these sluggish, incompetent and dishonest giants, but don't hold ur breath
I have to image my windows OS because it is so flaky and given to serious errors the only way to repair it is to reimage the entire OS.
Constant needs to reboot to eliminate bugs. Inexplicable error messages and advice that leaves you more in the dark than when u started.

Bad moderators delete posts for no reason other than they don't agree with you. Terrible interface a royal pain in the but to use. SOme good info WHEN your post remains undeleted SOMETIMES. Other times no replies even for legit nonspam posts. Another giant that needs to be broken up and thrown to the wind.

No way to turn off updates so you have to use task manager to terminate them. They block you making reviews for their add-ons. Hard to login and make any review.

Do not try to surf anything important with this Tuxlervpn. They regularily hack, block and otherwise mess with your head when using their "service". Privacy policy is they can do anything they want with ur data. Expect to be tracked, hacked, misdirected and screwed with. Honestly, thats after several months of using them. I never transmit anything important through them and I am not using them here. Servers are slow as molasses and frequently change IPs midstream without your say-so. Blocked sites-tuxler gives you phoney error messages on sites they do not want to give u access to. No way to change ports using the "vpn" so you're an easy target. They are ONLY good for ONE thing, getting around registration blocks that other proxies cannot, but that's only if you're not on tuxler sh*t list of users to be blocked or cracked. Use at your own risk.

onest hasn’t received any thanks yous.

onest doesn’t have any fans yet.

onest isn’t following anybody yet.

Googles whole marketing system is tracking all websites and peoples computers and they are aloud...