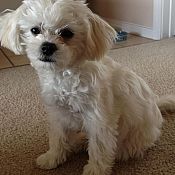 Sally Beauty
“Do not trust this company!”
Tried ordering an item that was 50% off. The site would not accept my card so I called. The person said they don't know why it didn't accept it and to try another card. She stayed online and said that the new card worked. She said my item had been ordered. One week later I get an email that my order was canceled. I called and after an extremely long hold she tells me some long strange explanation that the system randomly picks orders and will try to run the card at a later date and when they did it declined my new card. Never ever heard of this. We have great credit and no card issues. I asked is they would resend and she said they were out of stock and would not honor the 50% off if reordered. What company doesn't honor there prices? Or try to do something to fix their problem they clearly made. I feel they were very deceptive from the beginning. I do not trust them and will not use them again! (I have wondered if it had anything to do with me also using Ebates with the order. Maybe they didn't want me to get the additional discount?)
Helpful (0)
Thank you

Ohmy hasn’t received any thanks yous.

Ohmy doesn’t have any fans yet.

Ohmy isn’t following anybody yet.

I ordered dye and brushes and didn't receive 6 of my 12 items I tried calling and the first 2...